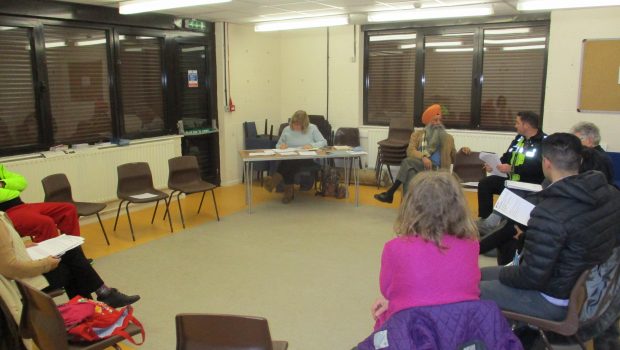 “I DON’T HAVE A CLUE”: LOCAL COUNCILLOR’S COMMENT ABOUT PROGRESS ON HMO AND HOSTEL ISSUES

On a night when weather and a major incident reduced attendance, last Thursday’s Handsworth Wood Ward Forum provided constructive discussion with the police, but also further evidence of a democratic deficit in areas of Handsworth, which leaves it at a serious disadvantage as the Council continues to devolve responsibility to local areas. 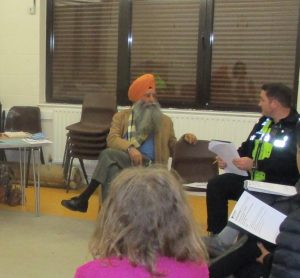 There had been no Forum meeting in Handsworth Wood for 6 months, but Chair Councillor Gurdial Singh Atwal offered no explanation of this. He couldn’t remember when he had last spoken to his co-councillor Narinder Kaur Kooner, and showed no sign of having made any preparation for the meeting.

Residents said that there didn’t appear to be any carry-over from one meeting to another, for example on gaining representation on a city-wide forum on HMO/hostel issues, so the same discussion happened again and again. Councillor Atwal was asked what the Council was doing on these issues, the major ones for residents over the last 2 years, and he said ‘I don’t have a clue’.

It must surely be a minimum requirement for the roll-out of the Council’s devolution policy that the councillor network is capable of supporting and promoting it.`One resident had made special efforts to attend a Forum for the first time, but sent us a message afterwards saying:

“I felt the meeting was a waste of my time…Councillor Atwal was completely inefficient, not really interested in residents’ issues leaving all present frustrated…I was very disappointed and won’t be attending any further meetings.”

Our view is that in as far as we have a ‘democratic deficit’ it is all the more important that as many residents as possible attend the ward forum meetings – still the best means of access to those who can influence and change our local services. 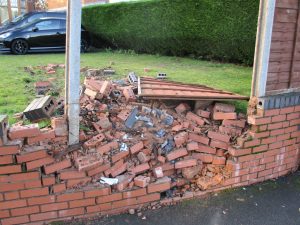 1. Dangerous driving and parking: a resident described a recent high speed collision with the wall outside her house on Church Lane (picture left is of another wall nearby which suffered the same fate). She also described an earlier ‘write-off’ of the family’s car, and said both incidents were examples of the unnaceptable driving speeds on that road and many others in the area.

Several people raised concerns about the parking outside Handsworth Wood Girls Academy at the start and end of the school day. When the picture below was taken half the cars also had their engines running for up to 20 minutes.

Sgt. Dom McGrath said he would take action on three fronts: he would have a discussion with the Head of the Girls’ School about writing a letter to all 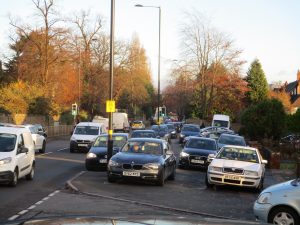 Sgt. McGrath was initially doubtful about his team’s ability to address parking outside other schools which posed a threat to both safety and health, but then seemed to come round to the view that they could do more on this, and that he would be looking at repeating his discussion with the Girls’ Academy Head at other schools.

Councillor Atwal asked if the police could produce a short film on parking for the public which could be used at parents’ evenings etc, and Sgt. McGrath seemed to be considering this. 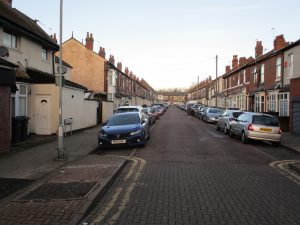 2. HMO’s/Supported Housing: the police have been working closely with Handsworth Wood Residents’ Association on properties in Cornwall Road and Wheaton Vale where there has been anti-social behaviour allied to alcohol and other drug use. Sgt. McGrath suggested there were two options from here:

a. collate all the complaints then call the owners in, set out what is required of them, and issue a first warning letter. If there is no improvement, a second letter will be issued. The third stage involves a closure order, but is hard to achieve due to the consistency of information required over an extended period.

b. the residents association provide a letter summarising the complaints, and the police invite the owners to meet with the residents to discuss these and 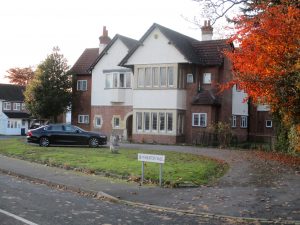 what can done about them. This has been found to be quite a ‘powerful’ tool in the past, even though the owners’ involvement is voluntary. If it gets nowhere it provides further evidence in a legal approach.

Although next steps weren’t pinned down at the meeting, it seems the Residents’ Association need to let Sgt. McGrath know which route they prefer.

3. 20 mph speed limit: not strictly a police issue at this stage, but linked to the road safety discussion. Residents wanted to know what progress there was on extending 20mph limits to this area. Lesley Bannister said she would enquire about inviting the Senior Highways Engineer to the March meeting, and also ask him to provide feedback on the evaluation of the impacts of the reduced speed limit in the South and East of the city. A petition may be considered in the future.

4. Crime stats: there has been a dramatic reduction in the number of burglaries. In the last 6 weeks there have been 4 burglaries, compared to the same period last year when there were between 30 and 40. In the last year 12 prolific burglars have been arrested, and most of these have been sentenced to 3 years or more in prison.

5. Police sugeries: the next police surgery, where anyone can come and discuss a concern, is at Uplands Allotments on 30th November between 10am and 2pm.

6. Neighbourhood Tasking Group meetings: designed as an opportunity for local agencies, including the police, to come together with councillors and resident representatives, summarise current issues for the local area, and decide who is best placed to take action on each issue. Sgt. McGrath said that no Handsworth Wood councillors had attended the last 2 meetings. There is some difficulty with the Handsworth Wood police area also including some of Handsworth ward, but there is less of an issue for Handsworth Wood than other wards.

6. All Out Day 22nd November: we are awaiting further information from the police.

1. HMO’s/Supported Housing/Planning: as well as the aspiration to have meaningful involvement in planning and other issues re. HMO’s (one element of the Ward Plan is ‘Debate – being involved in policy making’), residents said they wanted to see increased clarity and control in supported housing. They are aware of the exploitation of Housing Benefit and support funding by unscrupulous ‘providers’ who fail to provide support, and see the results every day on the street. 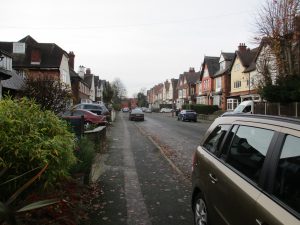 Councillor Atwal seemed unaware of these issues, and the levels of payment which have several times been confirmed by the Council’s officers (Matt Smith at the 20.9.18. Ward Forum described the situation as ‘a runaway train’). He asked for someone to provide him with one example in the ward so he could deal with it. It was suggested he speak to PCSO Sam Shaw who has been wrestling with the issues for months, for example in Endwood Court Road.

Councillor Kooner has asked for the Private Rented Team to present their ‘roadshow’ at the January meeting. This was welcomed, but the request made that as well as presenting information there be the time and capacity to discuss how residents are going to be more involved in planning decisions and policy making, and real insight provided into what the Council is doing to produce change at a national level in the way supported housing is regulated.

2. Leaves: the combination of wetness and fallen leaves has made pavements dangerous. Residents sought clarification of the Council policy on clearing leaves – some had been told that they would only be cleared once, and that any additional clearances would have to be done by residents. There is concern about safety, and liability if for example an older person is injured. Councillor Atwal said he would check on the policy and talk to the Cabinet member about it.

3. Clinical Commissioning Group: at present we are part of the Sandwell and West Birmingham CCG (the group which purchases the majority our community and hospital health care), but there is now discussion about amalgamating with Birmingham and Solihull CCG to produce a single organisation. The CCG is looking for opportunities to discuss the effects of this change with as many ‘stakeholders’ as possible. It was suggested that they be invited to a Ward Forum as early as possible in 2019.

Date of next meeting: to be confirmed (priority items will be the Ward Plan and HMO’s/Supported Housing).

9 Responses to “I DON’T HAVE A CLUE”: LOCAL COUNCILLOR’S COMMENT ABOUT PROGRESS ON HMO AND HOSTEL ISSUES