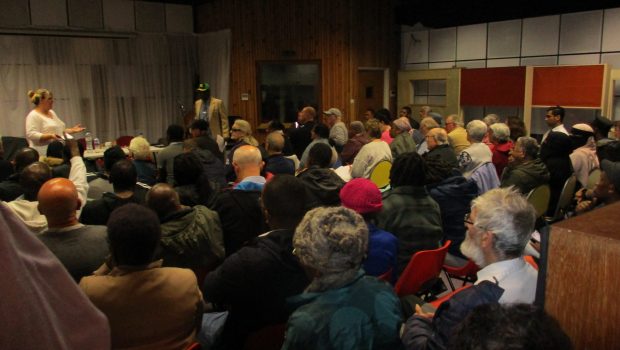 For years residents have felt impotent in the face of a rogue minority of landlords/providers trashing their streets with poor quality and poorly managed HMO’s (homes in multiple occupation) and ‘supported housing’. As the net begins to tighten, with proposals to restrict planning permissions for HMO’s, some of the most unscrupulous landlords are looking to redefine their properties as ‘supported housing’ because these are exempt from planning controls and registration fees, and have historically had less oversight. 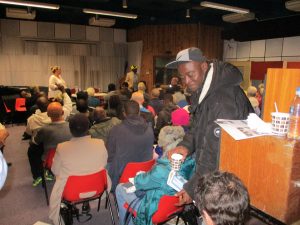 Councillor Sharon Thompson, Cabinet lead for Homes and Neighbourhoods, told a specially convened meeting of the Birchfield Neighbourhood Forum, about how she is trying to address this by closing the gaps that have existed between planning, licensing, inspection and enforcement – gaps resulting from these responsibilities being held by two different council departments, as well the Regulator for Social Housing at central government level.

She will ask the Lead Officer for the Private Rented Sector Team to organise a public session looking at the links across the 4 areas of activity.

She described steps that have already been taken to address resident concerns:

Birchfield Neighbourhood Forum had been trying for several months to get speakers to attend on not just HMO issues, but also on waste disposal and local developments in primary care. This was the day they all happened to be able to attend. Here are further notes from the meeting:

HMO’s/Supported Housing/Midland Heart: several residents said that they believed Handsworth was already at the level of 10% or more of properties being HMO’s, and asked Sharon Thompson if a stop would now be put on any further development of this kind. There was no clear answer given to this, but as they stand the Article 4 proposals talk about HMO density around a particular property and not in the area as a whole. 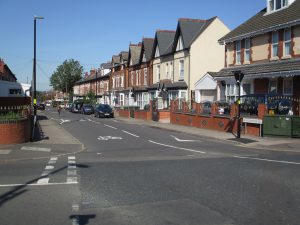 At an earlier point in the meeting Tracey Rowe, Operational Manager from Midland Heart, was asked why family houses and flats were being sold off to landlords who then convert them to poor quality HMO’s. She talked about not being able to control what happened on the open market, the need to get best value from their properties, and no tenants being forced from their homes.

She was challenged on all these points: residents had been told by Midland Heart tenants that they had been forced from their homes, for example at 38 Westiminster Road and 22 Livingstone Road, and it was not accepted that Midland Heart had no control over who they sold to. When Sharon Thompson arrived later her comment was that Midland Heart’s sales needed to be ‘ethical’, and that this was an issue she would be taking up with them.

Tracey Rowe didn’t think she was the best person from Midland Heart to deal with the kinds of issues being raised, as she isn’t responsible for sales, so there may be a further local discussion to be had.

Street Cleaning: Councillor John O’Shea attended, Cabinet lead for Street Scene and Parks, together with the Senior Operational Manager for the Perry Barr area. They described the 3 levels of the local street cleaning service: the local individual street cleaner with the hand operated cart, who is well known to everyone in the 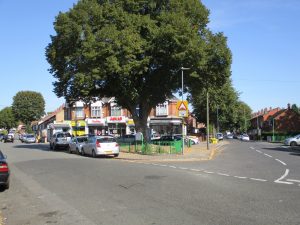 area, and aims to get to each locality every 2 weeks, the mechanical street sweeper, and the larger wagon with the ‘ward crew’ who are in Birchfield on Fridays to deal with heavy dumping issues.

There was a gap between the controlled situation being presented and residents’ daily experience. The state of areas like Church Vale, Hutton Road, Churchill Road, and Bridgelands Way didn’t match the picture of 3 levels of regular cleaning. Haughton Road was reported as having not been cleaned for 18 months following an assault there on a street sweeper.

The response of the Senior Operational Manager was positive: he said he would put a team in to clean Haughton Road, and would send a manager out to Bridgelands Way before the end of the week. He also said he would send out the Waste Prevention Team to knock doors in both the Church Vale and Haughton Road areas – providing information, trying to find out why dumping is taking place, seeking to change behaviour. 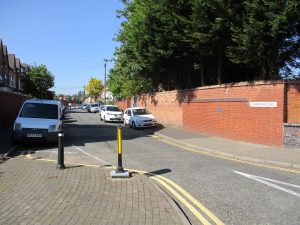 He demonstrated an awareness of constant dumping which is taking place in Havelock Road, and said that if a vehicle is involved he would be prepared to put a camera there to gain evidence for a prosecution (no point in a camera if it is only going to capture a person under a hoodie coming and going). He encouraged people to talk to their local crew – they now have technology to enable them to instantly notify issues back to base, and vice versa.

Finally Councillor O’Shea acknowledged that they simply don’t have the level of resources that they had 10 years ago, and that the maintenance of an area now had to be more of a shared responsibility. He said that cleaning carts were being distributed to community groups across the city and one was now available at Grosvenor Road Studios to help anyone undertaking litter picks. Some may baulk at his suggestion that this was an ’empowering’ of local people. 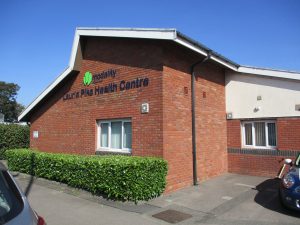 The main message was about the diversification of roles in GP practices, and the reduction in the numbers of times patients will see a GP. We have many GP’s nearing retirement locally, there has been a reduction in the numbers of GP’s coming out of training, and although training numbers have increased recently it will take at least 3 years for these to work through the system.

It is estimated that only 20-25% of people attending a GP surgery need to see a GP, so the increase in other roles will be to deal with the other 75% in a more cost-effective and, it is suggested, better way. There will be an increase in roles such as Pharmacists, Advanced Nurse Practitioners, Urgent Care Practitioners, Physician Associates, Paramedics and Social Prescribers. Physician Associates, for example, can take a history from a patient, carry out a physical examination, and make recommendations to the GP who will be responsible for final decisions and ongoing management; pharmacists have more expertise in medication than the average GP.

Residents expressed concern about continuity of care, but most of all they were concerned about how difficult they were finding it to get an appointment, whether over the phone or by going to the surgery. The GP’s said that those who were comfortable with computers needed to use them more to communicate with the surgery – this 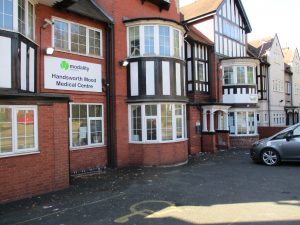 would make it easier for others to get through on the phone. There was no obvious answer, though, as to why people who were queuing at Laurie Pike surgery from as early as 7am were failing to get an appointment when recently there were unfilled slots occuring around 9.30 and 10am.

The question was asked whether the computer and phone systems were being monitored re. the patients’ experience of them. The answer was ‘yes’: with the help of a system called ‘Push Doctor’ all contacts, waiting times, numbers of appointments etc were tracked. One striking finding was that at times only 45% of appointments were being kept by patients, so a huge amount of the available resource is being wasted.

There was encouragement for people to join Patient Participation Groups (PPG’S) at their surgery, which would give them the opportunity to raise issues and make suggestions about how to solve them – for example the Dementia Support group which now runs at Laurie Pike. As practices increasingly become organised into larger ‘Primary Care Networks’ for planning and resourcing purposes, there will be equivalent patient participation groups created so that they have influence at a more strategic level.