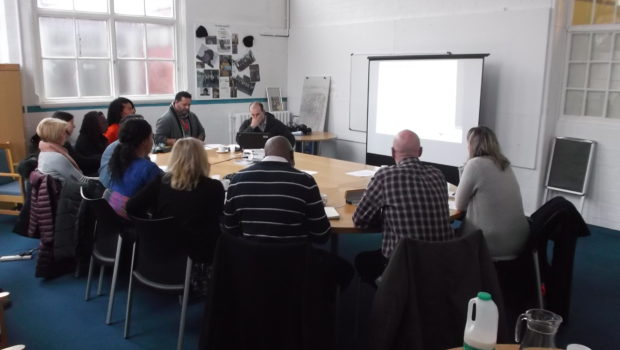 We have been waiting to see the detail of the ‘new way of doing business’ between the Council and local residents first announced by John Cotton in 2013. With the arrival of ‘Neighbourhood Networks’ in Older People’s Services some of that becomes clear, and there is an urgency about local organisations deciding how they are going to work with this, and whether they want to bid to become one of the lead organisations who will be responsible for co-ordinating/developing activities for older people in one of 7 areas across the city. The aim is to delay the need for mainstream services, and/or for them to be needed less by individuals, at a time when the older population is growing. Two areas, Perry Barr and Selly Oak, will initially be worked with ‘in house’ by the Place Directorate of the Council, and pilot initiatives will launch almost immediately in sub-areas of the existing Lozells and East Handsworth ward together with Handsworth Wood ward, Stechford, and Sutton. More details will be available next week, but in the meantime here are some of the key points about the scheme:

2 Responses to COMMUNITY DEVELOPMENT IS THE PLACE TO BE: THE COUNCIL’S NEW ‘NEIGHBOURHOOD NETWORKS’ FOR OLDER PEOPLE