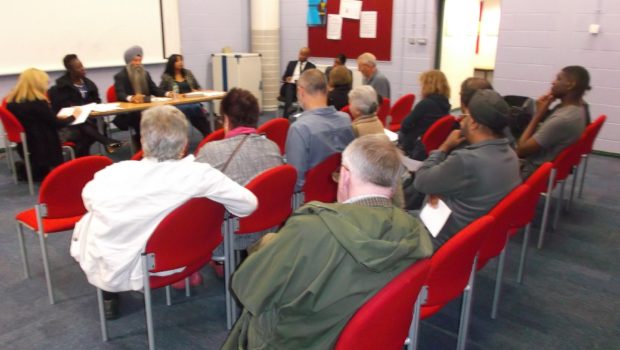 Anger and frustration erupted at points in Tuesday night’s Handsworth Wood Ward Forum meeting. This was most 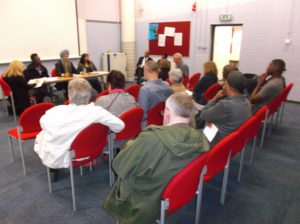 intensely from a group whose children attend a Centre for people with disabilities in Northfield which is threatened with closure – not permissible as an item for discussion here, but symptomatic of a climate of cuts (Paulette Hamilton holds the Council brief for the Centre). Councillor Atwal, from the Chair, himself expressed despair at the inability of the Police and Council to address an inappropriate parking issue which he has been raising with them for years.

Residents were equally despairing at what they saw as a ‘tick box’ approach to defining the area’s priority needs, and how this illustrated a never ending circulation of issues from residents to councillors to agencies and Council and back again without anything ever happening – everyone able to show they were ‘doing their job’ in terms of process but with no outcomes.

The Innovation Fund: 3 projects were approved at an earlier stage, using half of the £48,000 allocation. 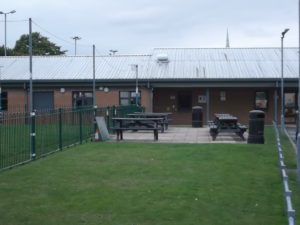 Now 4 further projects are going forward to Committee for approval: an outdoor gym at Laurel Road, an open air gym and learning facility at Uplands Allotments, the development of Spring Housing’s Hestia House as a community resource centre, and help for Handsworth Diamonds FC to use sport to increase outreach to young people. If approved, these would use up the rest of the budget. There was some dissatisfaction with the process and the lack of information about the Fund in the early stages. All projects will be required to report back to a future meeting about how they have spent the money.

Parking and disturbance: the biggest issue on the night. Residents are being disturbed and disrupted by the use of residential streets for commercial activity – large vans and lorries being parked, unloading and 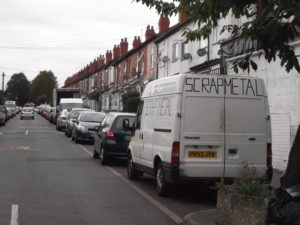 repairs being done at unsocial hours, pavements and roads blocked. Aylesford Road was the one represented but it is happening in several others, and the instances of inappropriate parking which cause obstruction are seen as universal. Several cul-de-sacs are being used by groups of people who don’t live there to park, smoke, etc and again cause obstruction and disturbance.

The effects on people’s mood and quality of life were tangible, and Paulette Hamilton’s work with the local PCSO Sam to ensure timely reporting and action feels almost like an attempt to hold back a tide threatening to engulf them. For now it is clear that the only hope of having an impact is immediate reporting to the police – the very act of multiple reporting helps bring the issue up the police priority list.

HMO’s: linked to the previous issue, not least because conversion of a family home into many individual units of accommodation multiplies issues around parking and waste. This issue was not explored in depth  – a report back is awaited on whether under new legislation an ‘Article 4 Direction’ can be used to refuse new HMO applications in a particular area.

Modern slavery: recent local prosecutions, observation of the ‘demeanour’ of people engaged locally in particular types of activity, and emerging details about the pervasiveness of slave labour, all suggest an urgent need to look at this issue in Handsworth. Councillor Kooner picked up on this and committed to bringing it to a future meeting with relevant expertise.

Ward Plan: residents were told that all Wards have to submit details of their priority issues by the end of September to inform Committee decisions about where to focus limited budgets. There was a lot of dissatisfaction with the timescale and a request for extra time. Councillors said they only needed a few bullet 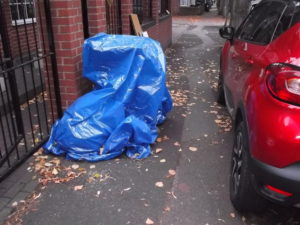 points from people (their top 5 priorities), just a couple of minutes’ work, and they will collate this with their own knowledge in order to present the Ward’s priorities. Residents saw in this a cavalier approach to the issues that have been raised again and again over 2 years or more, and saw it as a symptom of a tick box attitude in the system as a whole – ‘if I record this and pass it on then I’ve done my job and we all know there isn’t the money to do anything about it anyway’.

After several minutes’ debate which demonstrated a gulf in perception between councillors and residents regarding what was an adequate process, Councillor Kooner said that the councillors’ submission would come back to the November Ward meeting for discussion, and that this would still be early enough in the process for adjustments to be made if need be.

Young people: there has been real progress with the issues of young people and anti-social behaviour in the 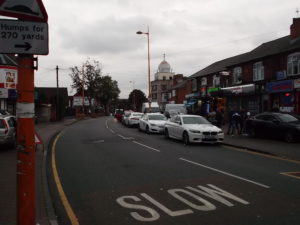 area of Stockwell, College, Aylesford, Newcombe and Rookery Roads. The police have given additional funds to Laurel Road Centre so that they can increase their outreach work; there has been work with Handsworth Wood Residents’ Association and others to prepare a bid for Near Neighbours funding; there has been a police ‘blitz’ of Rookery Road, bringing in resources from outside the area as well, linking young people to Oaklands Centre, getting on top of threatening behaviour and people not feeling safe – several families with exceptionally out of control children are being removed from the area altogether. There will be a full report-back at the next meeting.

The last item provided a much-needed note of positivity. Councillors pointed out that day to day they deal with a lot of issues and get some encouraging results, but that of course they can’t share the details of these cases. It may be that some form of anonymized summary of types of issues and outcomes in these cases would help to balance what threatens to become a tale of futility. In the anger and frustration at what’s happening to the physical environment, there is a risk that the potential for positive developments may be missed, and that the priorities of the majority of residents who never attend a Ward meeting or see a councillor may be overlooked.

You can influence the Ward’s priorities over the next year or more by e-mailing your top 5 priorities to Lesley Bannister at Lesley.Bannister@birmingham.gov.uk  In due course you can see the official notes of this meeting by clicking on this link HandsworthWoodMinutes