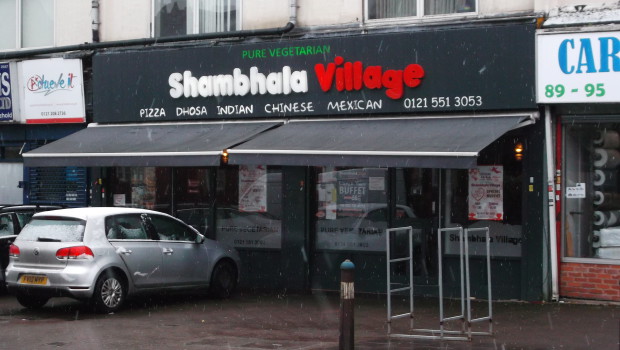 When over 30 people gathered at Shambhala Village to take stock of the current state of community cohesion in Handsworth the majority of them were women. As Waseem Zaffar pointed out, this wouldn’t happen in a lot of other similarly diverse communities – he has often found himself in exclusively male company. So by one indicator of the ‘health’ of the community things may be more positive than some might fear. 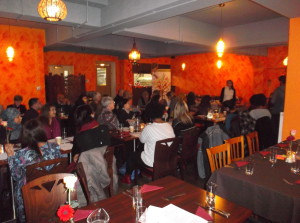 Musurut Dar of Legacy WM initiated this meeting as further follow-up to the experiences of racism and anti-immigrant abuse which accompanied the Brexit vote. It will be followed by another to look specifically at the experiences of people from Eastern Europe, and then a further one with Northfield residents to test views in an area with a strong pro-Brexit vote (if you would like to attend see posters at bottom of page and click to make full size). It is hoped that any lessons can be fed into the Council’s Cohesion Strategy, the first version of which is nearing completion but which will be a developing document.

So what happened? The area was felt to be safer than it was 10 years ago, there were positive things said about the support 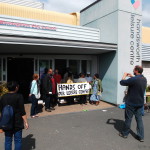 provided for new arrivals by their communities, and sympathy for the desire to live in areas where people and resources such as shops are familiar. At the same time, it was seen as important to then have means of mixing and linking between communities, and the perceived lack of shared public spaces/activities makes this difficult. Some of the strongest views were about the negative consequences of faith schools, and the strength of feeling about the preciousness of opportunities for young people to mix and learn across religious and cultural divides should further strengthen the determination to not lose the few opportunities which still exist for this. Initial action points: create a data base of local halls and spaces for hire; improve use of social media to create interest groups and keep each other informed of resources, events and opportunities; talk to the BID about a Food Festival in Handsworth Park to 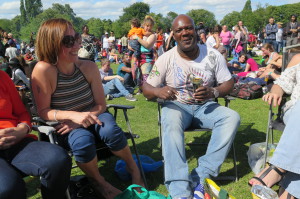 showcase local business and talent and bring communities together over a shared interest; identify and protect the public spaces which still allow communities to come together without having to think about it: the Library, the Leisure Centre, the park, the youth facilities – contact Musurut Dar via the details below if you want to add  more.

This was not a passive group of complainers. Stories told showed how these individuals lived their lives: extensive volunteering, overcoming prejudice to make contact with strangers and discover familiar human warmth, crossing age barriers to engage newly arrived children in new activities, determining that they personally would try even harder in the future, and establishing new alliances on the day. And yes, much of this felt led by the kind of priorities about the quality of daily life which may weigh particularly heavy with women, and that future progress may depend on how well they are engaged from all parts of the community. 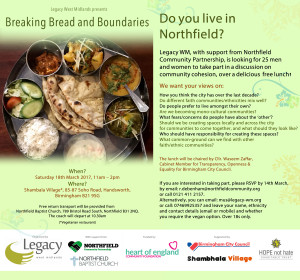 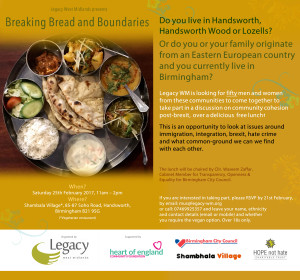