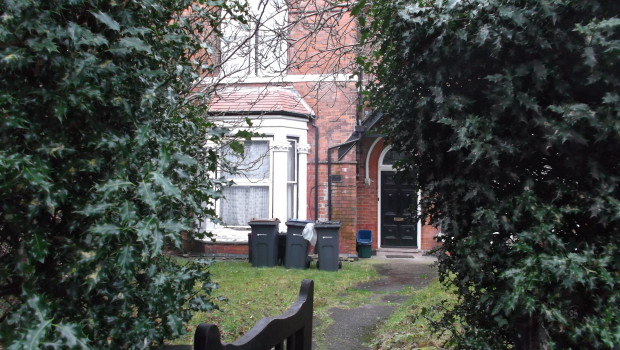 ‘It’s market forces’ said Peter Hobbs, Manager of the Council’s Private Rented Sector Team, when explaining to the 15th December Lozells and East Handsworth Ward meeting why there had been such an increase in hostels and HMO’s (houses in multiple occupation) in the area over the last 10 years: the price of large houses is low in this and other ‘inner ring’ areas. He said that across all its elements most of the private rented sector works well, but as the sector as a whole grows the problem operators within it also grow proportionately. At the latest count there are 80 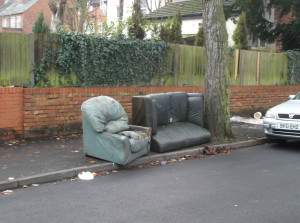 hostels in the ward, but ‘more are being discovered every day’ said PC Phil Cash who has been carrying out research. There is no true figure for the number of HMO’s because the licensing regime has been so light touch in recent years that in relatively few instances have landlords had to gain permission before converting a property to multiple use. Residents made it clear that they believe the increase in both hostels and HMO’s has been rapid and very large, that often landlords don’t apply for a licence even when the law requires it, that a number of residents also ‘stay below the radar’, and that this is why they are seeing a range of negative consequences: anti-social behaviour, illegal tipping, tenants enduring disgusting and dangerous conditions, and an overall threat to community cohesion. One particular area of concern is over a minority of ‘registered providers’, whose role is to provide social and practical support as well as housing, but who then fail to provide such support.

There was a call for a ‘moratorium’ on all new requests for planning permission, but Jacob Bonhall from the Planning 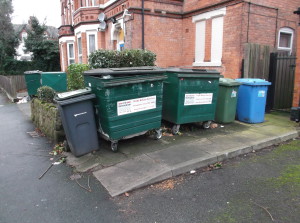 Department explained that the law doesn’t allow this – each case must be judged on its merits. He added, however, that objections from local people were an important part of the decision making process, and objections from as few as 10 people, for example, would carry some weight (he said he needed to check what the official minimum number was). Having described the historical difficulty of keeping track of numbers and locations of properties, Mr. Bonhall went on to talk about central government proposals for an extension of the licencing regime. This may come about next year, and the Council would then be able to get a much better picture of where the concentrations of hostels and HMO’s are occuring, and to develop policies to manage this better.

A different perspective came from landlords who were present: they said that they found it very difficult to deal with situations where tenants destroyed properties, behaved in anti-social ways, or disappeared without paying the rent.

They wanted to see some support for landlords from agencies like the Council and the Police. Peter Hobbs said he would take this request back for discussion, but the majority feeling from the rest of the meeting was that landlords needed to live with these difficulties as ‘business risks’, and that they did have adequate legal options that they could pursue.

The last part of the discussion focused on the development of the former older people’s home on Livingstone Road. This originally had planning permission for student accommodation, but since the decision to move UCE into the city centre it is suspected that the developers are looking to change the use of the site – possibly to a bail hostel. Peter Hobbs said that he would check on this and come back to the councillors with the latest information.

If you have a concern about whether a property with multiple residents is properly registered you can phone 0121 303 1115 to report it (an HMO should be registered if it has at least 3 floors and 5 or more unrelated people live there with shared facilities). If you are concerned about residents being left in very poor/dangerous conditions (sometimes this can be because a landlord wants to get them out and amounts to illegal eviction) you can phone 0121 303 5070. You can also, of course, take the information to one of the local councillors who are liaising with the Council over the issues.