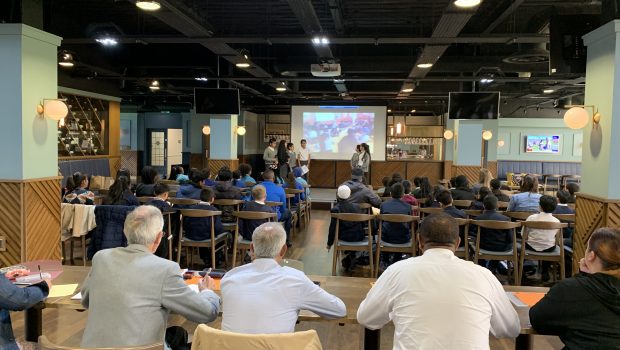 ‘EVERY TIME THE CARS COME TO SCHOOL MY ASTHMA GETS WORSE’ 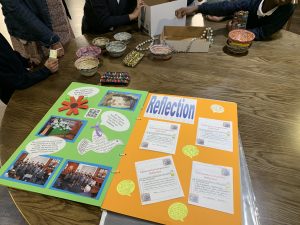 environment they were going to inherit. This year’s themes, at Aston Villa on 21st May, were more about individual vulnerabilities and impacts and how to address them: homelessness, deprivation, social skills and bullying, air pollution, littering, knife crime, and lack of educational resources in Uganda.

The environmental focus in 2018 anticipated the dramatic shift in public perceptions which has occured since. This year the young people did not disappoint  in being ‘on the money’ in their reflection of current policy concerns. At the end of Cherry Orchard School’s outstanding piece about air pollution around the school, a Year 5 girl came up to the panel of judges and said: ‘this is really important to me – I have asthma, and every time the cars come to school my asthma gets worse’.

It would have been Dennis Edward’s wish that pupils engage with real issues, and there is no room for adult complacency in the face of this heartfelt plea for help. Every one of us locally is going to have to decide where we stand on car use, leaving engines running while parked, walking, cycling, using public transport. 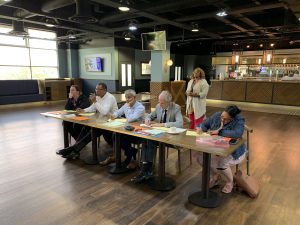 The presentations which scored highly with the judges were those making imaginative use of role play, video and photography, and achieving a spontaneous tone with their voices; ones which described projects which engaged at different levels, from individual to school to local community to policy etc, and ones which evaluated what they had done.

All photos by Handsworth Association of Schools (click HAS), who organised the event as part of the citizenship theme of the Young People’s Parliament.

Apologies to Eden Boys School East for lack of a photo.

When it comes to Aftab Rahman, it seems that even those who mess about in class can sometimes make the grade. 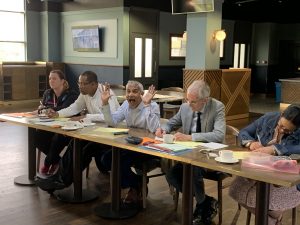