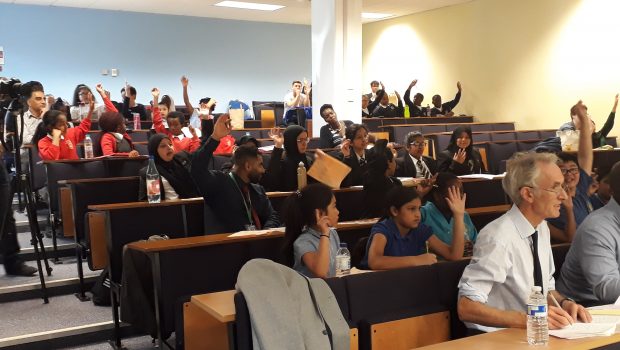 Those who are tempted at times to despair about the abuse of our natural and built environment could find reassurance in the latest round of Dennis Edwards Citizenship Awards at the Young People’s Parliament, an event organised by Handsworth Association of Schools (click on HAS) at BCU on 22nd May. Children from 10 Handsworth schools not only coped with all the stresses of presentation, but amazed the adults present with the way they routinely questioned and challenged casual, blinkered and selfish attitudes which threaten the very world they will inherit. 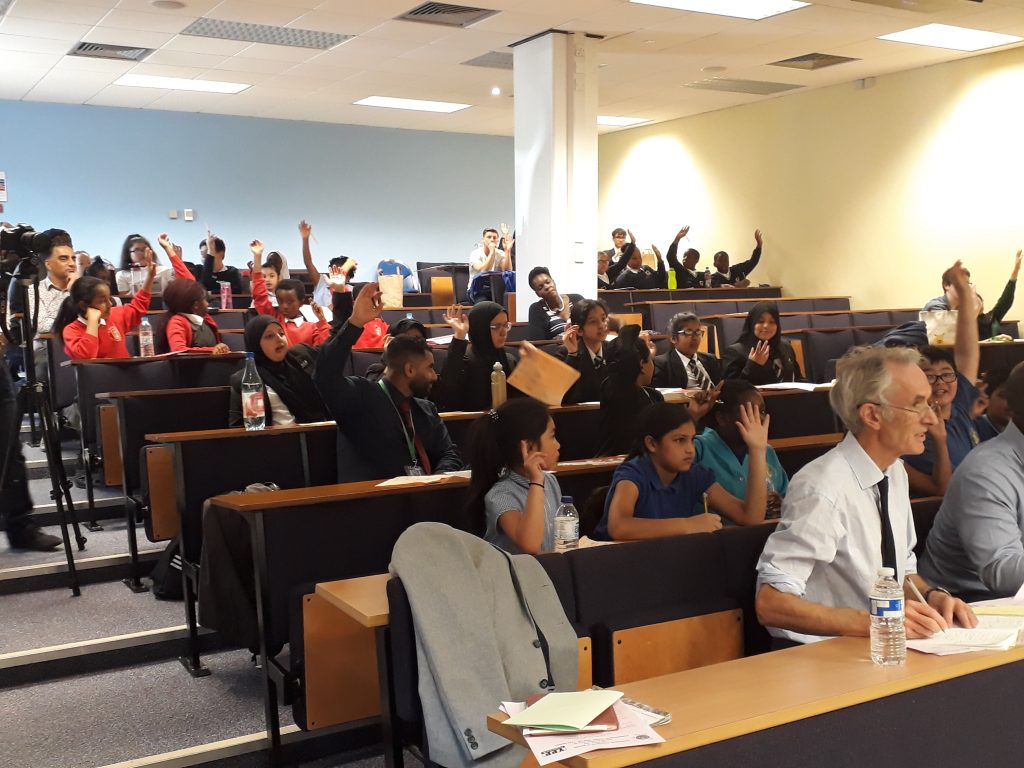 Dennis Edwards was the kind of teacher who makes a difference. He worked at Hamstead Hall School (now Academy) for 38 years, teaching different generations of the same families. He was never one to take a narrow view of a subject: as an Advanced Skills Teacher in History and Citizenship he was wholly committed to helping young people think about their role in society both locally and globally, and to then test out practical ways of influencing it for the better. He co-founded the Young People’s Parliament as part of this exploration of practical citizenship, and his participation in ‘TIDE’ (click on TIDE) was typical of him, with its proclamation of young people’s ‘entitlement to global learning through engaging with global perspectives, human rights, sustainability and international development.’ Dennis Edwards died in 2013, and the Citizenship Awards were set up in his memory in 2014.

These are the ways in which we saw Dennis Edwards’ legacy in the schools’ presentations: an underpinning grasp of the interdependence of the living and material worlds, attention to 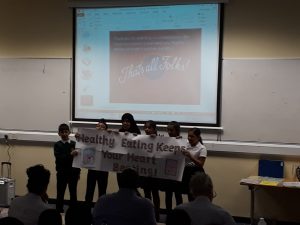 detail in saving fuel and natural resources such as water, re-using and recycling plastics, understanding the connections between healthy diet and exercise and mental health, awareness of the micro-habitats of insects – and tackling both the habits and the narrow lazy thinking involved in littering: all these were in evidence again and again. In addressing them the children devised questionnaires, researched background evidence, engaged with public bodies locally and nationally, and looked at the impacts their work was having. They also looked further afield, raising money for educational materials in Cambodia, and for asylum seekers and heart disease research in the UK. They considered the acquisition of practical life skills such as cooking and budgetting, and founded a new organisation to encourage people to take up cycling. Hamilton School pupils undertook the journey of their lives (so far) to talk to MP Jess Phillips at Westminster about the support needs of people with autism. 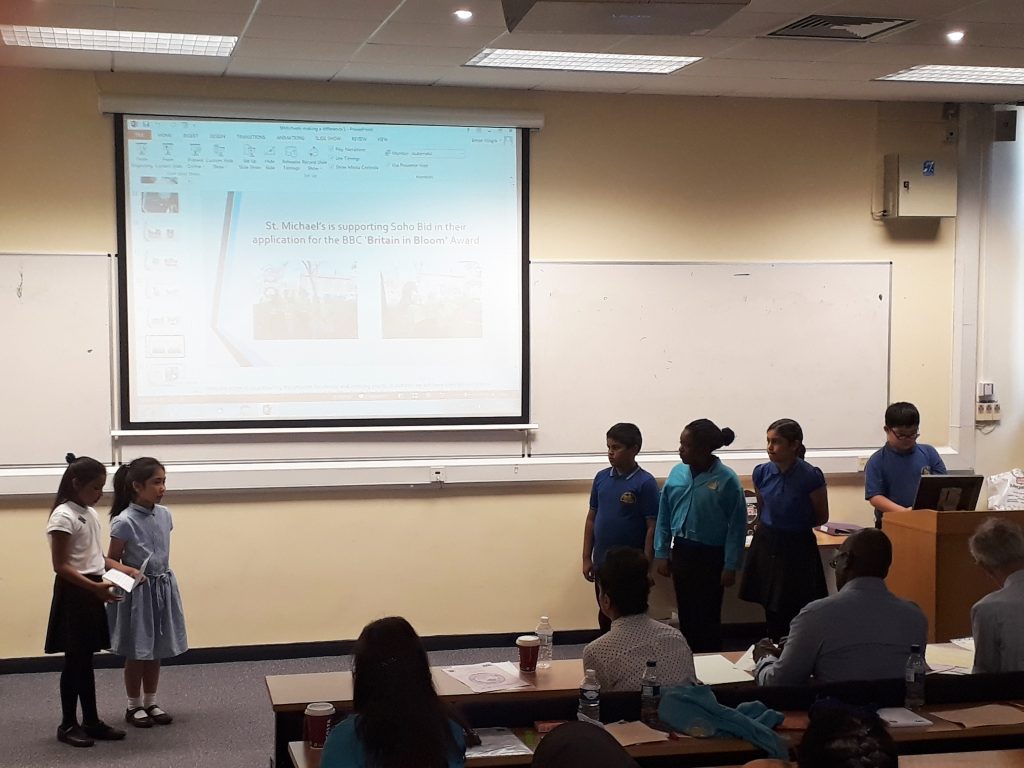 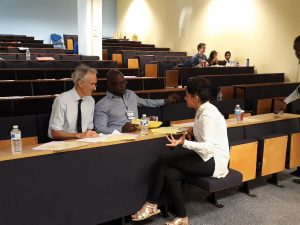 There were 6 Junior Schools taking part: Welford, St. Matthews, Grove, Cherry Orchard, St. Michael’s and Hamilton; and 4 Secondary Schools: Broadway, Handsworth Grammar, Hamstead Hall and Eden Boys School. Presentations used both read and memorised scripts, OHP’s, role play, video and audience engagement in both question and answer and (memorably) one school’s regular exercise routine. Three judges with backgrounds in work with young people, community development, and local news had a major challenge to allocate differing scores, but with support from the young people’s own scoring finally decided that Welford had won the Junior Schools category for having a broad based project which was thoroughly integrated into the functioning of the school. The winning Secondary School was Hamstead Hall for the level of their ambition in background research and liaison with the Council, and the way they captured the spirit of the times in the creation of ‘Bike Culture’.

On this evidence despair is premature. Rather, we need to listen to our children. 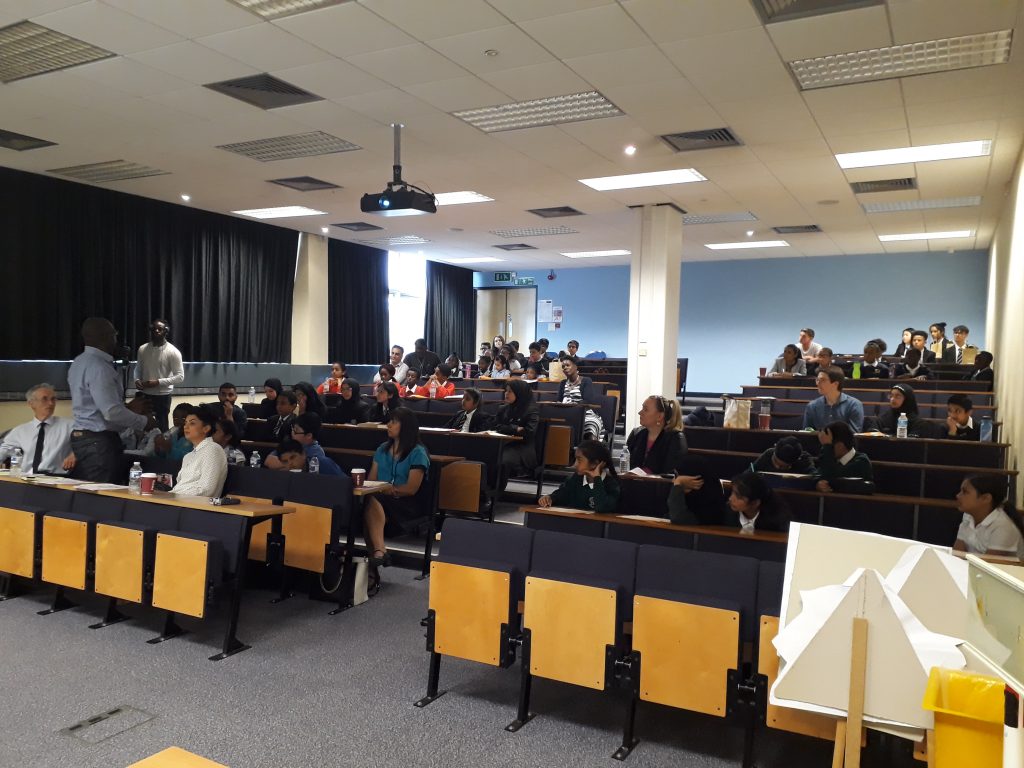 One Response to YOUNG PEOPLE CHALLENGE ADULT DESTRUCTION OF THEIR WORLD