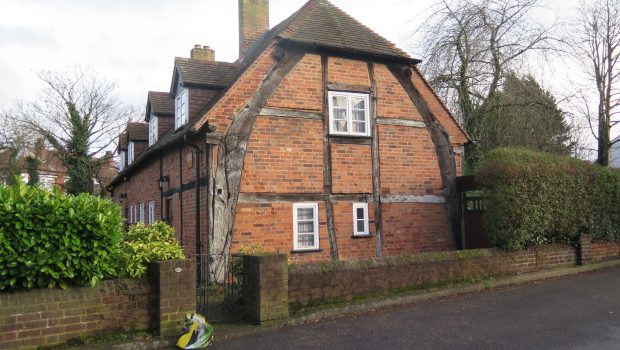 Her Majesty the Queen is not the only one with a milestone anniversary this year – Handsworth Historical Society (HHS) is celebrating seventy years since its formation in February 1952, and is probably the oldest local history society continuously in existence in Birmingham.

On 20 February 1952 a small group of people met at the home of Councillor Fred and Mrs Irene Hall in Church Lane, to ‘Promote the History of Handsworth’, and eventually to have a local museum.  Over the years they have accumulated a large collection of maps/photographs/books/paintings/postcards etc relating to the area’s past rich history, especially following the Industrial Revolution, when Handsworth was often the area of choice for local manufacturers to live in.

In 1978, with a great deal of help from Alderman Fred Hall, who was Lord Mayor of Birmingham in 1972-73, the Society’s dream was realised when it acquired the use of half of the Council-owned building known as Handsworth Old Town Hall (OTH) for use as a community 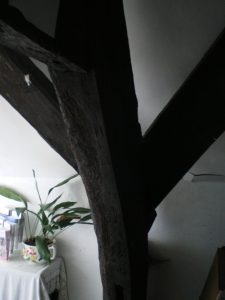 museum, the other half also being occupied by a Council tenant. The OTH is a Grade 2 listed building dating from about 1460 at the corner of Slack Lane and College Road, a very rare example of ‘cruck’ construction (where the vertical supports are suitably shaped tree trunks cut lengthwise) still in an urban setting and originally part of a small complex of buildings which had all been demolished by the mid-1930s.  In fact, the OTH was only saved from demolition in 1933 thanks to the efforts of Sir Ernest Robert Canning, Lord Mayor of Birmingham 1937-38, who lived locally.

The building’s name probably comes from being ‘the Hall at Towne End’, as that part of Handsworth was known in the very distant past.  Until the 19th century it served the sparsely-populated surrounding rural area as the headquarters for the law, as it was the Constable’s, or the Court’s House.  As Handsworth was part of Staffordshire until 1911, it was also used for local administration purposes but was mainly the residence and office of the Overseer of the Parish, who was a much more important person than he would be considered today. 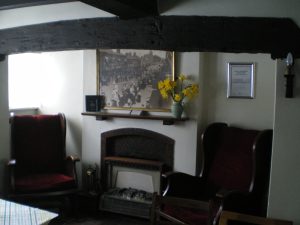 The building has been looked after by a small group of HHS volunteers since 1978, receiving no income (as they are not a registered charity) but relying on visitor donations while paying rent to Birmingham City Council.  Monthly Coffee Mornings, occasional exhibitions and other events are held there which are open to the public, with some of the Society’s collection always on display.  The Society has 120 members, holds monthly speaker meetings at a larger venue nearby, and deals with local/family history enquiries via their website/Facebook/post or telephone. When circumstances permit, HHS welcomes school/group visits by appointment, is a member of Birmingham Heritage Forum and holds an Open Day annually during Birmingham Heritage Week.