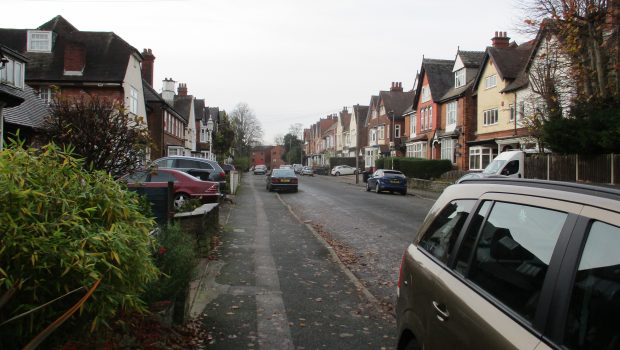 CAN WE GET OUR HOUSING PLANNED? HANDSWORTH WOOD WARD FORUM 9TH MARCH

The online Handsworth Wood Ward Forum on 9th March was in many ways the best such event that we have had during lockdown. Over 20 people attended, good locally-slanted information on Covid was provided, and there was lively discussion about housing and planning issues. However, 3 people still had major technical problems getting into the meeting, and some key points about how we can work with Planning/Housing to control the spread of inappropriate accommodation remain unresolved. Overall, the meeting saw empowered and knowledgeable residents, often now coming from a ‘wider Handsworth area’ perspective, seeking ways to collaborate with the Council on improving local communities (despite what has been a 12 months’ silence from their local councillors).

You can find a link to the YouTube recording of the meeting at the bottom of this article.

Densities of ‘multi-occupancy’: residents in a particular road said they had 1 HMO and 12 properties of exempt accommodation, meaning that the existing Article 4 framework, which only counts HMO’s in planning decisions, would totally fail to reflect the reality of housing in that area – how was this going to be addressed? Various forms of anti-social behaviour are getting worse and people don’t believe that landlords/providers are doing what they have undertaken to do. 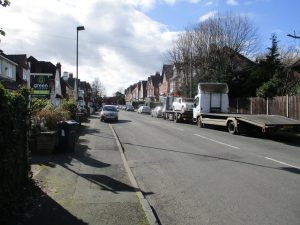 Stewart Donohue said that other types of ‘multi-occupancy’ accommodation can be included in the planning process (Planning also said this at the Perry Barr Constituency HMO/Exempt Accommodation online meeting on 20.10.20. – that the density of other forms of multi-occupancy such as care homes, hostels and hotels could be included when assessing the impact of an application).  He provided a link to the Birmingham Development Plan and said that sections DM11 and DM12 contained the relevant detail about how HMO’s, exempt accommodation, and other forms of multi-occupation would be dealt with in the planning process. It remains unclear, though, what weight is being put on other forms of multi-occupation, and what measurements are being applied; there wasn’t time to discuss this level of detail.

(Inside Handsworth comment: it is important to be clear that local concern about multi-occupancy/supported housing is not about such provision per se, but rather about a situation in which the quantities and quality of such housing are overwhelming the resilience and coping capacities of the area.) Deborah Moseley asked anyone who has a concern about a property to contact the Private Rented Sector Team at prs@birmingham.gov.uk

Councillor Kooner asked if there was a planning framework which would give more local control over development. Stewart Donohue said that a Neighbourhood Development Plan would, but that this would need to be discussed with the lead for the North West Planning Team. Councillor Kooner asked if she and Councillor Atwal could be sent contact details so that they could work with residents on such a plan. See NeighbourhoodPlanning (page 22 onwards) for what’s involved in a Neighbourhood Development Plan. Councillor Kooner also mentioned a ‘Supplementary Planning Document’ (SPD) on exempt accommodation that was recent or due, but there was no clarification of this for the meeting.

Data bases and joint working: based on what they see on their streets, residents fear that houses are being converted to multi-occupation without any reference to Planning, or else that Planning aren’t informing them of applications. They want to work collaboratively, and believe they can contribute a lot to arresting the decline in the area’s character. But existing Council data bases don’t help. There is no access to the one for exempt accommodation and experience suggests it doesn’t reflect reality even though the Housing Benefit records should give a full picture; similarly with small HMO’s, experience suggests that the Council data base is missing large numbers. How do we reach a shared accurate view of an area, and communicate quickly and efficiently in the process?

Stewart Donohue said that Planning do have full HMO data, including small HMO’s, and that once Housing have completed their work on the exempt housing data a full picture will be available. Residents and councillors asked why everything couldn’t be combined so that there was just one place to go for all issues and information. It was explained that each discipline had to work to a different legal framework so some separation was inevitable, but that the strands would be brought together effectively in the planning process. 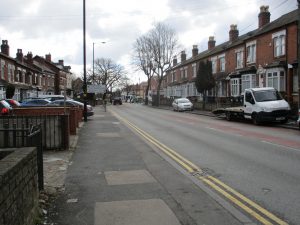 Multi-disciplinary team working: Deborah Moseley said that on the border of Handsworth Wood/Holyhead there has been an experiment in joint working between residents (members of the Triangle Neighbourhood Watch Team), Housing/Housing Benefit, Planning, Environmental Health, the Police, and some accommodation providers. A key ingredient has been local intelligence, particularly from residents, about what is happening on the ground with individual properties (Inside Handsworth – this casts doubt on whether Planning do currently have full data). The level of engagement achieved means that issues can be addressed and sometimes headed off before they get to the planning application stage – or picked up in instances where the planning processs was going to be/has been bye-passed. Deborah Moseley suggested that it is this model of working that needs to be adopted across the city.

Extension to ‘Exempt Accommodation Pilot’: the pilot, of which the team working above has been a part, was due to finish at the end of March. An extension has been granted to the end of June, and it is hoped that a longer one can be negotiated.

Charter of Rights: Deborah Moseley said this was launched recently. It sets out the standards of exempt housing provision that tenants should be able to expect, and so acts as protection for them. It provides a model of good practice that all exempt housing providers can be asked to sign up to, and therefore a tool for weeding out poor providers – if you won’t/can’t sign up to this why not? The city does need exempt housing, she said, but we have to ensure that only sound organisations are providing it. She will send the Charter to Lesley Bannister so it can be circulated to everyone.

Closures of exempt housing providers: the Council, said Deborah Moseley, is keen to avoid the ‘de-commissioning’ of exempt housing providers, such as Green Park recently and Prospect in a few months’ time, because of the risk of homelessness. Tenants of these providers are referred to the Council’s ‘Housing Options’ service. The first option explored is whether they can stay where they are under new ownership arrangements, but failing that alternative accommodation is sought.

Article 4 Direction: due to a lack of resources there have been delays in the process of licensing, but it is hoped to have extra resources for this later in the year. Stewart Donohue said that the key conditions in the Direction governing planning decisions (numbers of other HMO’s within a 100 metre radius, avoiding 3 HMO’s in a row, avoiding a family home sandwiched between 2 HMO’s) will not formally come into effect until June/July this year. For all its good points, the way in which an online meeting narrows discussion meant that this oddity wasn’t followed up: we thought these principles were being applied in planning decisions for several months now, and yet they have not formally ‘come into effect’ – the contradiction remained unresolved.

Response times: a resident reported an issue to the Private Rented Sector (PRS) Team 3 weeks ago and has had no response – she asked what the response time was supposed to be. Deborah Moseley said that it should be within 10 days.

Frequency of Ward Forums: a resident asked how often Ward Forums were now going to take place – would there be 6 per year as recommended by the Council? Councillor Atwal said ‘yes – that’s the intention.’ 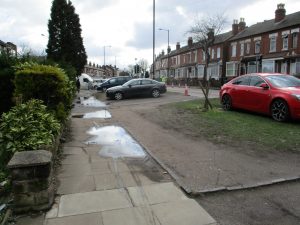 Bonfires at Uplands Allotments/damaging of grass verges: a resident said that there are several bonfires a day on the allotments, ignoring guidelines put in place to address the issue, and it is badly affecting anyone living nearby. People are also bringing a range of waste into the allotments in order to burn it. In addition, people are parking on the grass verges causing those areas to flood and to become very unsightly. Councillor Atwal asked for a phone call or e-mail the following day so he could take the matter up.

Risks to GP services: a request was made for this to go on a future agenda on the following grounds – our local CCG lead has gone to be Director of the UK arm of the American firm which has taken over a group of GP practices in London; assurances are needed from our CCG that there is no risk of a related or similar private sector takeover here, and that there will be full public consultation if any such issue arises in the future.

Street Lighting in Somerset Road: there was a request for information on when the street lighting in Somerset Road is going to be brought up to the standard of neighbouring streets. There is quite a high level of crime in the area, so good lighting is important for feeling safe, gathering evidence etc. Councillor Kooner requested an e-mail so she could follow up and respond. 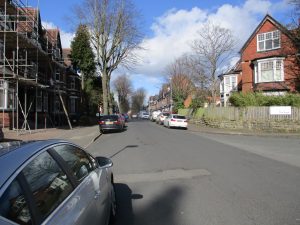 Parking on Selborne Road: there isn’t enough space said a resident, and people are getting blocked in. Can we look at resident parking permits? Councillor Kooner acknowledged the severity of the problem, but said that having looked into it it is clear that resident permits are only being allowed near large public facilities like football stadiums. Another resident mentioned problems on Endwood Court Road with someone who doesn’t live on the road using it as their business car park for two large vehicle recovery trailers.

Planning breaches and failure of Planning to enforce: a resident asked what he could do about the failure of Planning Officers to take action against a neighbour who was breaching planning regulations. He was advised that if he wanted to ‘escalate’ the issue he should next contact the Chair of the Planning Committee Councillor Karen McCarthy.

Section 106 money: there was a request for this to be on the next agenda – Handsworth Ward have had a consultation exercise on the use of Section 106 money (money paid by developers to compensate for loss of public amenity), and we should look at what options there are in Handsworth Wood.