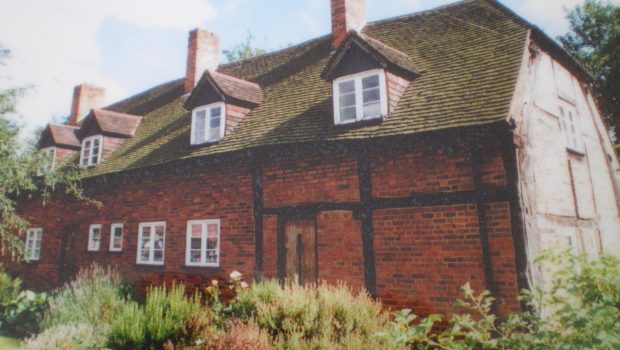 Since 1978, Handsworth Historical Society (HHS – formed in 1952) has looked after half of Handsworth Old Town Hall (OTH), a Grade 2 listed building at the corner of Slack Lane and College Road, which is more than 550 years old and is owned by Birmingham City Council.   A small group of volunteers run it as a community museum about the history of old Handsworth, and over the years they have acquired many maps, books, paintings, photographs, etc.  In ‘normal’ times, monthly Coffee Mornings, which are open to everyone, take place on a Saturday morning although no dates are currently planned for safe reopening. Monthly speaker meetings are usually held at a separate venue in Winleigh Road. 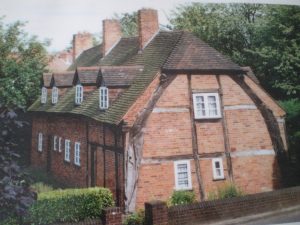 The building’s name probably comes from being ‘the Hall at Towne End’, as that part of Handsworth was known in the very distant past.  Until the 19th century it served the sparsely-populated surrounding area as the headquarters for the law, as it was the Constable’s, or the Court’s House.  As Handsworth was part of Staffordshire until 1911, it was also used for local administration purposes but it was mainly the residence and office of the Overseer of the Parish, who was a much more important person than he would be considered today.

The building was originally in a small group of surrounding buildings/barns occupied by several families, but by the early 1930s these were very rundown and all but the OTH were demolished.  In fact, the OTH was only saved in 1933 thanks to the efforts of Sir Ernest Robert Canning, Lord Mayor of Birmingham in 1937-38, who lived in Hamstead Hall Road.

Plans to convert it from three to two council houses were delayed by World War II, and the work wasn’t carried out until 1946 when Birmingham Councillor (and later MP) Jim Simmons lived there until his death in 1973.  It was thanks to the HHS Founder President, Alderman Fred Hall, another local Lord Mayor of Birmingham (1972-73), that it was granted use of half the building in 1978.  A Council tenant lives in the other half of the building, which was re-roofed by the Council in 2013. 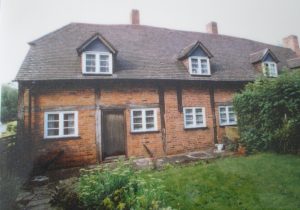 For many years HHS paid a peppercorn rent, and from 1990-2014 this was paid between two Council Departments.  However, since 2015 it has had to pay rent of almost £5,000 a year, which is a lot to find for a small voluntary group in addition to utilities, insurance and maintenance.  It has always relied on donations for its income as it is not a registered charity or accredited museum, and funding is not granted for rent purposes but only for specific projects.

Because of lack of helpers, the Old Town Hall is only usually open for monthly Coffee Mornings and other occasional events.  School group visits now only take place if they can be made relevant to the curriculum.

The terms of the Tenancy Agreement also prevent HHS from using the premises for any other purpose than that of a historical society, so it is limited in what it can do, e.g. it is unable to allow other organisations to use the building and derive any income from that.

Since lockdown, HHS has been unable to hold any events at all and its funds are dwindling away to the extent that it will only be able to pay the next rent invoice with the help of members’ donations.

Obviously this situation cannot continue for long and it would be a great shame if it had to give up the building and possibly watch it deteriorate, as it would cost a great deal to bring it up to current housing standards.

Organisations such as Birmingham Museums Trust, Legacy WM, Historic England (formerly English Heritage) and the National Trust are unable to help.  If anyone has any suggestions, offers of help (or money to spare!) HHS would welcome them.