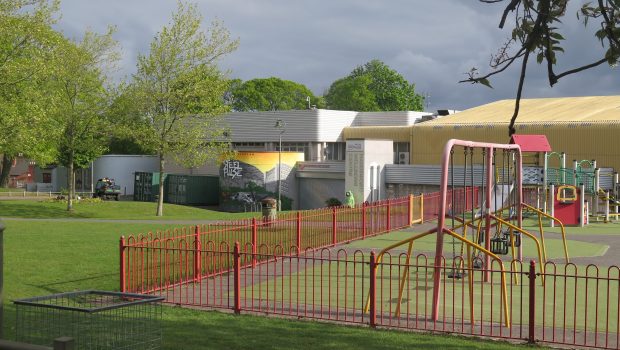 URGENT NEED TO BUILD RELATIONSHIPS OF TRUST IN HANDSWORTH WARD

The Handsworth Ward Forum meeting on 22nd October revealed gaps opening up between different residents groups and the councillor on the question of how best to increase the influence of local residents on priority issues, and to gain resources to address those issues. It demonstrated that there is an urgent need to improve trust and understanding between all parties in order to avoid the kind of divisions that can undermine effectiveness in a ward. 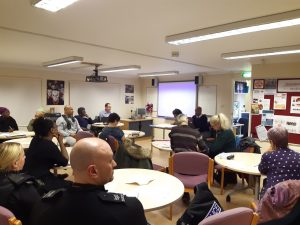 Since the last meeting a residents’ group centred on Crick Lane, together with Councillor Quinnen, have begun to establish a Community Development Trust (CDT) for Handsworth. The group’s energy and initiative has exceeded others’ expectations, and taken them a significant way towards establishing a Trust. Now there is a case for a pause to allow consideration of how such a Trust can be representative of the whole of the ward.

The information about the Trust only emerged by chance at the end Ward Forum, and this created a sense that things were being concealed, and that other residents’ groups were being deliberately kept in the dark – repair work is needed on this if it is not to become an obstacle to progress.

The next meeting of the Crick Lane group is 22nd November (information, and confirmation of place and time, to come), and they invited others to attend. In ‘Working Together in Birmingham’s Neighbourhoods’ the Council noted that ‘it is important that neighbourhood organisations include and represent the whole community’, and made a commitment to ‘development support to community groups and elected members’. Now is a time to deliver on this with provision of governance/community development expertise to the 22nd November meeting.

The meeting also saw the latest in a series of ‘roadshows’ by the Private Rented Sector Team and Planning, providing opportunities to hear more detail about the Council’s developing policy in these areas, and to provide feedback on local concerns.

Issues covered in the meeting: 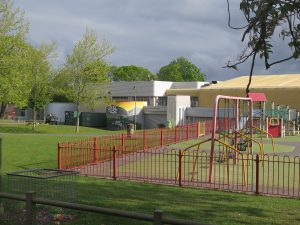 Handsworth Wellbeing Centre: there has still been no decision over the future management arrangements for the Centre. Further to the 2,000 signature petition which Councillor Quinnen presented to Full Council in September, strong views were expressed in the meeting about keeping democratic control via direct Council management of the Centre, as opposed to it being outsourced to a separate organisation. The latest estimate is that Cabinet will take a decision early in the New Year – the full final report will be available on the Council website.

Private Rented Sector: Deborah Moseley (Private Rented Sector Service) and Stewart Donohue (Planning) attended. Click on Presention 1 and Presentation 2 for detailed definitions of HMO’s and the standards that should be maintained within them. The situation with ‘supported accommodation’ (often seen as ‘hostels’) was explained: that landlords who say they will provide ‘support’ for vulnerable people are exempt from local planning and licensing controls and instead come under a central government agency called ‘Homes England’. The Council has no power to intervene unless an individual tenant complains about their conditions (unlikely as the tenants have very little protection from eviction).

It is difficult to form a clear picture of the financial arrangements for hostels. Housing Benefit is paid to the landlord, together with other enhanced payments according to of the ‘support’ needs of the tenant, and figures of between £200 and £300 per tenant per week have been quoted (sometimes more) as the sums going to the landlord – necessary where quality support is being provided, but open to abuse by those who don’t provide this. It is admitted that in Birmingham, with its crisis of homelessness, the definition of ‘support needs’ has not been as rigorously applied as in some other areas, and there have been criticisms that this has led to exploitation of the situation by both rogue landlords locally and providers/landlords from outside Birmingham. Sometimes the Council doesn’t know a hostel exists. 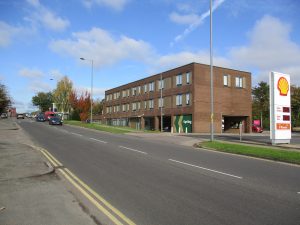 To try to address the problem, the Council has been liaising with Homes England about the potential transfer to local government of responsibility for supported housing, and has been carrying out research jointly with the Adult Safeguarding Board, Birmingham University and Spring Housing Association on the feasibility of a voluntary Code of Conduct to be adopted initially by the 11 major providers of supported housing in the city. It is estimated that there are 12,000 supported housing places in the city, of which 1,200 have been commissioned by the Council.

The Council’s Development Management Plan (click DMP) stresses that the existence of hostels should be taken into account when assessing the impact of a planning application on the character of an area:

‘4.13 Other non-family housing such as residential homes and hostels and self-contained flats can have similar impacts to HMOs on housing density, residential character, amenity, highway safety and parking. The presence of such uses will therefore be taken into account in assessing proposals against the policy criteria. The Council will encourage conversion of HMOs and other suitable non family residential accommodation back to family housing.’ 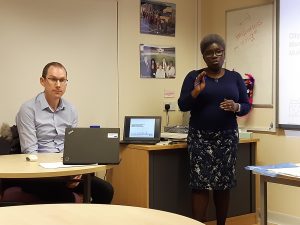 Planning have done a lot of work to map HMO distribution across the city using data from HMO licensing, Planning applications, and Council Tax (presented in map form at the meeting) but this still falls well short of an accurate picture of local realities – another element of which is the accommodation for asylum seekers being run by large contractors like Serco, which again falls outside planning processes.

For the time being it seems it will still be up to local residents to be alert to applications which threaten an appropriate balance in an area, and to make sure Planning are aware of those local realities. Over time there needs to be a focus on the second part of the ‘4.13 extract’ above to see how the overwhelming sense of transience in our local communities can be addressed.

Finally, there was a re-stating of current Council initiatives: introduction of an Article 4 Directive across the city in 2020 requiring even small HMO’s (3 to 6 people) to apply for planning permission; a city-wide Selective Licensing scheme, also in 2020, requiring all private rented landlords to apply for a license; a final 6 week consultation period from the end of this month on the proposals to limit HMO development (e.g. where 10% of properties within 100 metres are already HMO’s) – check via this link DMPBirmingham for exactly when it starts, as it doesn’t seem to have been fixed yet.

Ward Plan: the plan, or list of priority issues, (click Ward Plan then zoom out) wasn’t finalised as several people were attending for the first time and hadn’t seen it before. An addition was made on the night, and it was requested that any other additions be e-mailed to Councillor Quinnen by 22nd November (Hendrina.Quinnen@birmingham.gov.uk).  Neil De-Costa (Senior Manager for Community Development in the Council) spoke about the different approaches being taken in different wards to establish ‘autonomous bodies’, which could apply for funding in their own right to help them achieve their priorities. It was suggested some of these could be invited to tell us about what they were doing, and Councllor Quinnen said it was important to be outward looking.

Wilkes Green Residents Association: Sonia Hyman described how after 41 years of operation the group was having to close because of a lack of support from residents. They recently leafleted 900 houses about a meeting and only 1 person turned up. Councillor Quinnen, and the meeting as a whole, thanked Sonia for all the work they had done – Councillor Quinnen did this from a personal point of view, and also on behalf of the Council, whose policies she believed the Association had helped to implement. 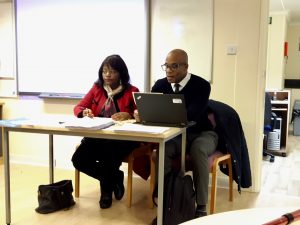 Single Residents’ Group: a question was raised about how the development of residents’ involvement would move forward, so the Ward Forum wasn’t just about raising issues and receiving information. A suggestion was made that we should move towards one residents’ group for the ward in order to strengthen the resident voice, and a contact list was circulated as a step towards an initial meeting.

No mention was made at this or any other stage of the work done on a CDT since the last meeting, and this only came out by chance at the end of the meeting when a resident asked specifically if anything had happened about Councillor Quinnen’s suggestion of a CDT at the last Ward Forum – without that question the CDT development would have continued without anyone else being aware.

Policing: Sgt. Sean Stanley attended from the Lozells and East Handsworth Neighbourhood Team, together with Beat Officer Ann-Marie Gittins. There is still confusion over boundaries: Sean’s Team cover the old Lozells and East Handsworth Ward, while Sgt. Dominic McGrath’s Team cover the old Handsworth Wood Ward – so the boundary goes down the middle of Antrobus Road and up the middle of Rookery Road to Soho Road. The police had changed all their boundaries to match the ward boundaries and not long afterwards the Council decided to change the ward boundaries again.

Progress continues to be made with prostitution/kerb-crawling on Soho Road, with Handsworth Community Action Group making a huge contribution to an effort which seeks to divert and assist the women involved while dealing robustly with the kerb crawlers. In addition, the Gudwara near the Soho Hill end organise their own patrols, and provide excellent CCTV coverage. 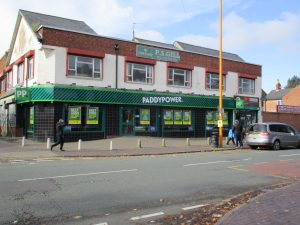 Burglary figures, Sean considered, were reasonable in this area, given that shed burglaries were now classified as ‘residential burglaries’, as were incidents taking place within HMO’s. There has been real impact on robberies as a result of using injunctions/Community Protection Notices which require a lower evidential threshold: ‘balance of probability’ as opposed to ‘beyond reasonable doubt’. For example, the problems outside Paddy Power on Rookery Road (of particular concern to Wilkes Green Residents Association recently) have been greatly reduced as a result of 2 individuals receiving an injunction preventing them from entering the area at all.

The question was posed as to whether a ‘social strategy’ was needed alongside the police one, so that problems were prevented from arising in the first 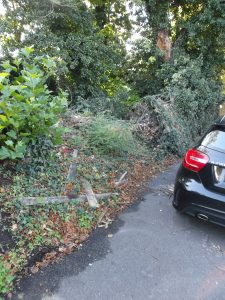 place. This illustrates how the Ward Forum needs to develop, so that for example those working with young people and vulnerable people locally become part of the discussion.

Parksafe was mentioned again, and the need to submit 2 photos with the form showing how an obstruction is being caused as well as the number plate of the vehicle. Sean will send the form to Lesley Bannister so she can circulate it – it needs to be sent to lozells@west-midlands.pnn.police.uk or handsworthwood@west-midlands.pnn.police.uk depending on the area. Sean assured the meeting that while he couldn’t send officers out purely to concentrate on parking, each one of them would take action on issues they found while they were out – typically 3 or 4 each per patrol.

Date of next meeting: 28th January at 7pm – probably at Handsworth Association of Schools, but confirmation awaited.

Text and pictures by John O’Meara and Gaelle Finley