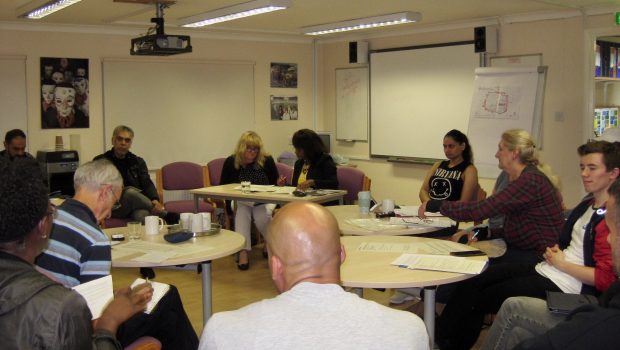 TOO MUCH TO DO AND NOT ENOUGH TIME TO DO IT – LOCAL DEMOCRACY UNDER THREAT? HANDSWORTH WARD FORUM 30TH JULY

The latest Handsworth Ward Forum meeting on 30th July, was a struggle: to be clear about what it should concentrate on, to help new attenders to understand what it was about and could be about (it’s important they come again), to make the most of the motivated groups and individuals present, to give due weight to the issues concerning people and on which they want to act while also completing the Ward Plan – all within about an hour and a half, after problems getting into the building and other preliminaries.

There was a mix of puzzlement, anger, and frustration alongside residents’ positivity – the conduct of the meeting left people confused about its purpose. On current evidence, the surprise suggestion made in the meeting by Councillor Quinnen, of creating a Community Development Trust (CDT) as in Soho ward, may be premature: most local groups are just starting up and are fully engaged with their own issues, they don’t have strong relationships with each other, skills in organisational and community development are not being applied in the existing ward forum, and the councillor has made it clear that she doesn’t have capacity for extra work.

The completion of the Ward Plan – the document which summarises the priorities for the area and how those will be addressed – has become an unwanted distraction. In this meeting it cut off what could have been a creative and practical discussion about how to address shared concerns about litter and fly-tipping, in which residents would have heard about what each other was doing and would have gained encouragement and ideas. The energy in that discussion was blocked and people were diverted onto other issues. 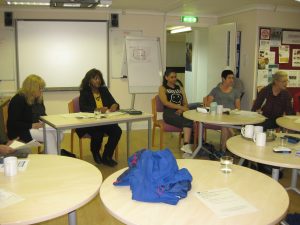 The same happened with discussion of how to achieve a higher frequency of meetings – just as it got onto practicalities of residents having their own meetings discussion was again stopped because the Ward Plan had to be finished. In those wards where significant work has been done on a plan it may be time to stop flogging a dead horse – ‘actions’ on priority issues evolve over time, and real world actions count for more than form filling. More useful would be to reinstate ‘Update on Actions from Last Meeting’, which seems to be disappearing from agendas.

Some years ago ward meetings ceased to be a formal part of the Council’s decision making structure. Now that the creation of smaller wards, and the reduction of governance support services, are leading to fewer meetings (Soho recently had its first Ward Forum since October 2018) there is a risk that they will wither away altogether, and councillors will feel that all their real work takes place day to day with individuals, individual groups etc – covering important issues, but with reduced visibility, reduced objectivity/due process, and reduced collective voice for residents. This would have serious consequences for democratic participation and accountability.

Issues Discussed at the Meeting

1. Frequency of Meetings: there still aren’t enough support staff to cover more than 4 Ward Forum meetings per year. Wards with 2 councillors have more flexibility in terms of both the safety requirement for a councillor not to be alone and of having someone to take the official notes. While there is a desire to co-ordinate better on issues common across the Handsworth/Handsworth Wood wards this is difficult at present because Handsworth 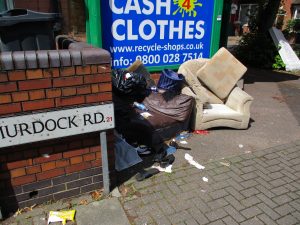 Wood currently have no meeting dates arranged. A proposal was made to add a minimum of one ‘residents only’ meeting, but discussion was diverted before this could be considered further.

2. Littering and Fly Tipping: as discussion of the Ward Plan began there were immediate impassioned pleas for co-ordinated action across the whole area to end the experience of living in a rubbish dump. This could  have moved on to a practical discussion drawing on the waste management scheme in Antrobus Road, the work of the Streetwatch teams, the councillor’s own interventions, actions taken in Crick Lane, systematic use of ‘Fix My Street’, how police actions dovetail with these, how ‘education’ on acceptable standards can be achieved etc, but again attention was diverted to completing other unfilled bits in the Ward Plan.

Before that could happen, however, Councillor Quinnen asked the Crick Lane Action Group to give an update on their activity and issues, and they restated their determination to engage the ‘hearts and minds’ of local residents in order to overcome a lack of resources. They asked the police about their powers, and they responded that although fly-tipping is a Council responsibility the police are increasingly taking legal action against landlords who dump outside their properties – as long as they have evidence linking the rubbish to the landlord. Councillor Quinnen then suggested that a CDT would be the best way to get the resources to address the ward’s problems.

3. Governance: the idea of a CDT has never previously been discussed. It caused confusion about whether it related just to Crick Lane or the whole ward, and threw the meeting off-balance, leading to the abandonment of any further attempts to talk about the Ward Plan. Councillor Quinnen said ‘Handsworth needs a CDT – “it’s totally voluntary, the residents do it all”, and she invited people to e-mail her if they want to be take part (she confirmed this was for the whole of Handsworth ward).

4. Wellbeing Centre/Play Centre: in spite of the assurances at the last meeting about a full update this time, there was still no information about the future plans for the Wellbeing Centre – in fact, it was difficult to even gain a very brief discussion about it. This may be good news if it indicates a change of plan and retention of the Centre by the Council, but bad news if it means last minute notification of a sell-off and no possibility of influencing it (a local petition against this option has gained 2,000 signatures, and Councillor Quinnen is presenting it at the full Council meeting at the start of September). Residents insisted 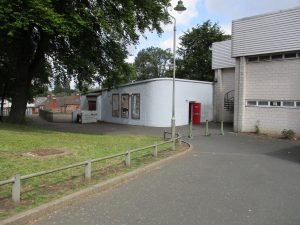 that full discussion take place at the next meeting in October – to include the still unresolved issue of the steam room.

There was a very good response to a group called ‘Positive Image’ who, together with Diamond Academy and the Happy Healthy Holidays scheme (click HHH), have been providing activities for children at the Play Centre – 2 weeks so far and another 3 weeks to go. The speaker talked about how much he and his family benefited from the local Youth Service provision when he was growing up, and how stark a contrast he saw now that most of that provision has been cut. He described how the Play Centre had been specifically built for local children and families, that it therefore belonged to them, and how it was now under threat from a proposal to turn into an extension of the main Centre – another item for that discussion!

5. HMO’s: Antrobus Road Residents Action Group are attending Planning Committee on 1st August to oppose the plans to build a new property for up to 7 people 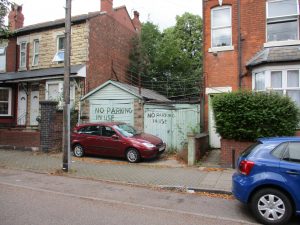 on Antrobus Road, on the basis that there is a high risk of it becoming an HMO in what would then be a line of three (click PlanningObjection to see their report, which provides a good summary of issues around numbers of HMO’s).

There was comment on the continuing failure to make direct links between those concerned about HMO issues locally (and wanting resident influence in planning decisions which affect the character and ‘resilience’ of the area) and the planning process within the Council. This is about more than having officials hear residents at local meetings and going away to report on it in the decision making forums – it is about direct participation by residents in those forums, it is about ‘localism’ that has teeth and isn’t just a get-out for a cash-strapped Council.

In the meantime, Councillor Quinnen repeated her pledge to get all bodies relevant to HMO issues to the October meeting. 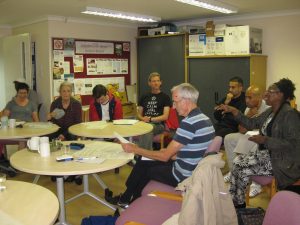 6. Commonwealth Games: a resident who is involved in community arts commented on how every major event like the Games was accompanied by a wide range of fringe events, many of them arts based, and that we had to ensure that Handsworth didn’t miss out on the funding opportunities for these that would inevitably be available as we move towards 2022. There was no time for discussion of this (Councillor Quinn ‘noted’ the comments), but it is an issue which must have an increasing profile.

7. Inspector Ahmed: the ‘police update’ also became a farewell to Inspector Ahmed, who has been promoted and is due to move to East Birmingham in the near future. He assured the meeting that with all the existing Sergeants and other staff remaining in place there would be no alteration to the kind of neighbourhood policing which has been welcomed by so many over the last 18 months (he will continue to be the Force lead for Streetwatch). He gave a summary of recent achievements: Neighbourhood Tasking Groups happening monthly, over 50 kerb crawlers dealt with on Soho Road, both supportive and enforcement action on prostitution (joint work with Handsworth Community Action Group), 12 dysfunctional HMO/Hostel type properties closed down, development of Streetwatch teams, introduction of Parksafe scheme etc

He said that the police see very clearly how high a priority it is for residents to exercise control over numbers of HMO’s and hostels, licensed premises, and fast-food outlets, and that the police share this concern and are making the case strongly to have a cap on numbers. Several people thanked Inspector Ahmed for his work over the last 18 months, and wished him well for the future.

Date of next meeting: 22nd October 7pm at Handsworth Association of Schools.