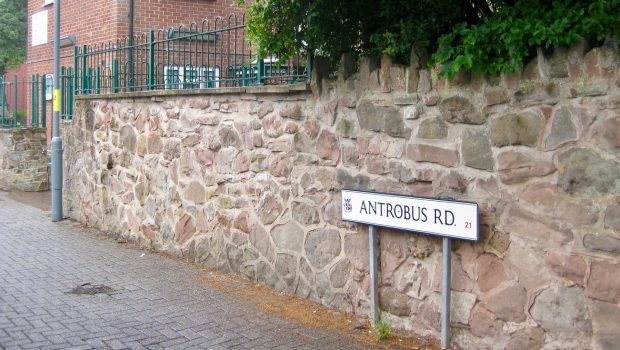 A planning application to build a 7 person 4 bedroom house in Antrobus Road has been approved by Birmingham City Council. There have already been letters of objection and a petition. The case will now go to the planning committee and members of Antrobus Road Residents’ Action Group (ARRAG) will be there to present the case against the new build.

The planning committee meets on Thursday August 1st at the Council House from 11am. Members of the public can attend and it you are free, your support on the day would be very welcome.

Full details of the application can be found on:

The following is an objection letter sent by a resident:

As a resident of Antrobus Road, I wish to object to the above planning application in my street.  I understand that some amendments have been made to the design of the building. However, the building of a four-bedroom house with a large store area at 2nd floor on this site in the road will still have a significant effect on the street. Until now this has been a garage space and there has not been a house on this site.

We live in a street and area with a high-density population and we experience significant and ongoing environmental and social problems from poorly managed multi-occupied properties nearby. There are problems with rubbish storage and bins on the street, fly tipping on pavements, in alleyways and gardens, as well as noise. We have had a case of modern slavery in a house a few doors down from the proposed construction, along with prostitution, street drinking and a drive-by shooting in the street. These problems are likely to be exacerbated by further increasing the population in the street, without the resources to support it.

I am also worried that this construction will put pressure on the public sewers and exacerbate problems with ground conditions in relation to highway and foul drainage in the area.

The new development will also have an impact on the highway, including traffic and parking, with potentially more cars on the street. We already have major parking problems in the street associated with population density, including large vans and lorries and pavement parking. Residents currently have difficulty parking after 7pm.

We also have Wilkes Green School on the street, and there is already significant congestion and pollution on the road during the school run and the rush hour. At these times cars are often forced to reverse and the road becomes too narrow for 2-way traffic, including at the site of the proposed development. In these conditions I am worried about the environmental impact of transportation of materials to and from the site, and the effects of dust levels on children and adults at risk, as well as on the general population.

I am also concerned about the increased risk to child safety in the street. Fatal accidents have taken place nearby and as a result the recent new road layout and bus stops on Grove Lane have been specially designed to improve road safety.

We value our neighbourhood and we want it to remain resilient and sustainable. I urge you to reconsider this application in the light of the above points so that we can safeguard the environment in the street as it stands and try to take a step to improve it.