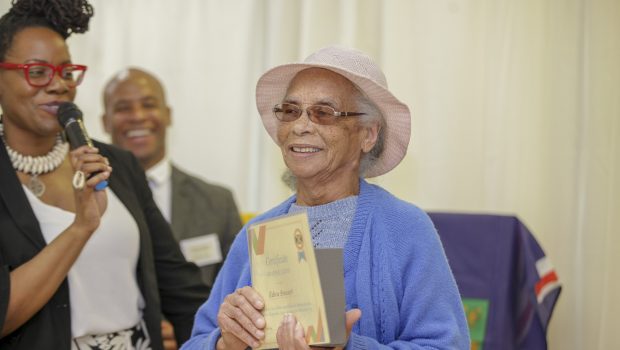 PAYING HOMAGE TO THE PIONEERS

It is tempting for younger generations to patronize their elders, to use them as comfortable background to what they see as the real struggles and dramas of their own lives. It is tempting for societies to use token examples of success to demonstrate that all is working well, and that everyone has a fair opportunity. 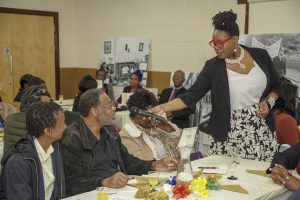 But to really listen to the experiences of those who went before is to be humbled, to begin to question whether you can live up to that legacy, and to end up paying homage. This has been the journey of Handsworth’s Heritage Lottery funded project ‘Caribbean Migration Journeys’, which had its launch event at Laurel Road Community Sports Centre last Saturday.

Neil De-Costa and Jesse Gerald, born in this country of African Caribbean parents, saw that there was a risk of losing their parents’ generation without having captured, and sufficiently recognised, the scale of the challenges they met and overcame in moving to England, and making a life for themselves, 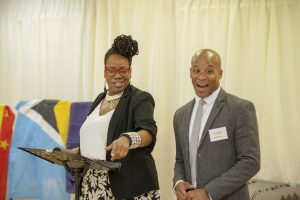 their families and their community.

The terms ‘pioneers’ and ‘advocates’ have usually been attached to high profile figures from the Caribbean community, but now it was time to see those qualities closer to home in parents and grandparents.

Pioneers: faced the unknown, overcame fear and uncertainty, forged the way through, established the foundations for future generations. 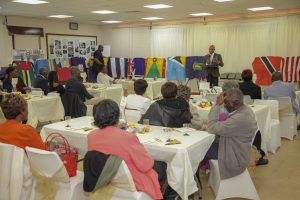 Advocates: examples, embodying the best of the community, using their abilities to give a hand up to those who are struggling, and acting as intermediaries with elements of the wider society, exhorting the community to fulfill its potential – all this without noise or fuss, but rather through steady and reliable action.

With help from Councillor Paulette Hamilton and others they identified 20 such local people who had arrived in the 1950’s, 60’s and 70’s. They had to experience the collapse of their idealism and optimism in finding an England that felt grey and cold and full of smoking chimneys, while also being rejecting and hostile towards them. They endured some appalling housing and some appalling racism.

They did what they had been asked to do in manufacturing, engineering, hospitals and care homes, finance and administration, business, teaching, local government, transport, catering, utilities, and much besides – and with a quality of love and commitment that defied the negatives which came their way. 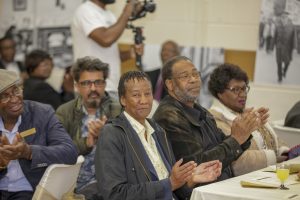 At home they set about creating the fabric of a community based on mutual support and the principle that ‘everyone brings something to the table’*. Listening to each of the participants talking about the challenges of the early days, the values which instilled in them a strong sense of mission to their community and the future generations, it was that sense of mutuality which shone through as the quality which allowed an embattled group to ‘put their stamp’ on this and other areas.

They have provided information and advice services, transported people to all kinds of events, created and run community groups and support groups and residents’ associations, developed political activism, lobbied for and gained money and resources, created and run youth and younger children’s provision, particularly addressed the loneliness and isolation of older people, stimulated musical and arts activity, passed on knowledge and skills, encouraged involvement in sport, and fed people again and again in whatever situation required it. They are still doing it.

All of this has been carried out within the framework of a Christian belief which for them is the most certain and precious gift that they can pass on to the following generations. Neil and Jesse have captured their stories in writing and photography. 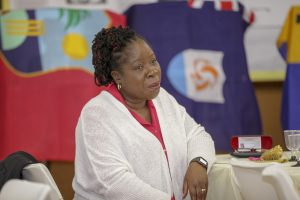 Now, as Paulette Hamilton said, aspects of that legacy are there to be used or lost: without concerted efforts to capture and record it it will disappear – we need more projects like this one. Neil De-Costa said that he wanted the project to act as a catalyst to start ‘conversations’ in families and communities to capture migration, work and community life stories from our elders.

All people photos here taken by Jesse Gerald (JesseGeraldPhotography) – some have been altered slightly by WordPress’s ‘cropping’.

*thanks to Mr. Handsworth Hector Pinkney for this phrase.

One Response to PAYING HOMAGE TO THE PIONEERS