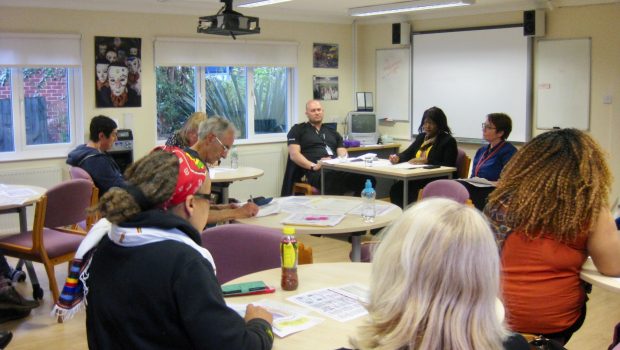 The assertiveness of local residents’ groups,and the quality of the two-way dialogue with Councillor Quinnen, gave a real sense of growing potential in the operation of Handsworth Ward Forum when it met on 30th April. Residents are not prepared to accept that meetings can only occur every 3 months, as this makes it difficult to keep on top of issues and leads to loss of momentum and motivation. 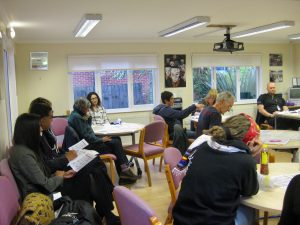 Nor are they content to let concerns over parking and HMO’s remain on a purely local case by case basis. Councillor Quinnen committed to exploration of available options while explaining some of the constraints, but also to maintaining contact with all local groups in the meantime.

1.Handsworth Wellbeing Centre: to transfer out of Council control, with details about how this is proposed to take place to come back to next meeting on 30th July (see separate report on Inside Handsworth). It was suggested that Dee Manning from the Active Wellbeing Society be invited next time for an update on the use of the Play Centre.

In response to questions they gave assurances that the health impacts of housing developments were being routinely assessed, and that Housing and other relevant staff were being provided with training on how to incorporate health impacts assessment in their work. They also offered to respond outside the meeting to the question of how they were going about ‘developing community assets’. The first document below gives some of the headline statistics, and the second summarises the priorities for action: 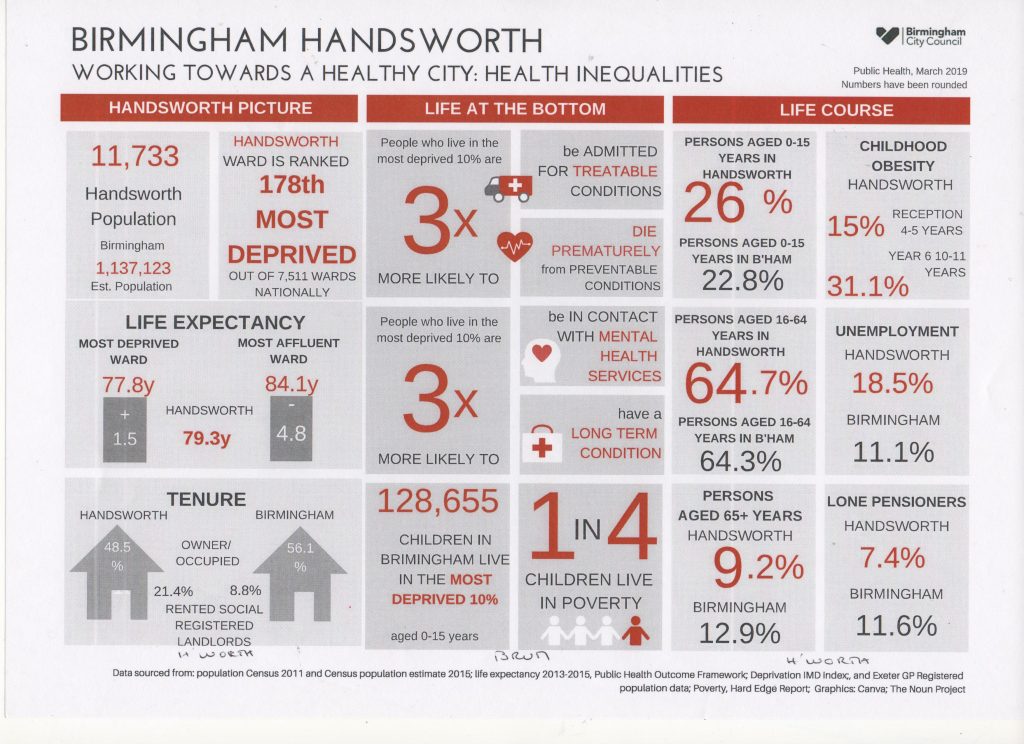 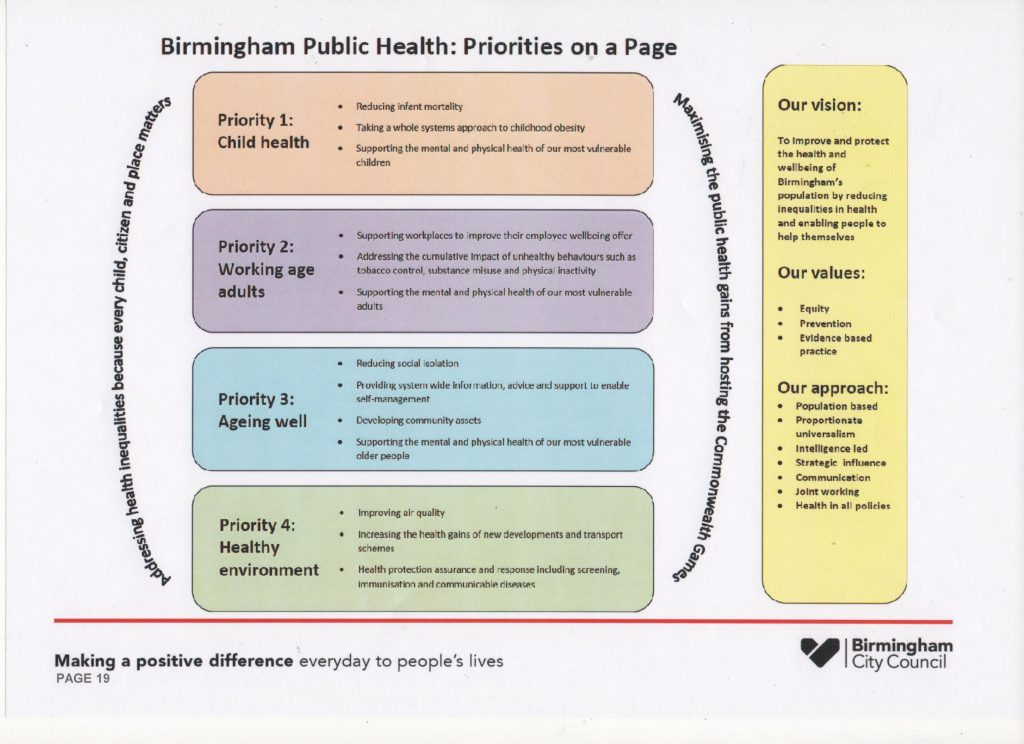 3. Public Space Protection Orders: Sgt. Sean Stanley from the Handsworth, Lozells and Birchfield Police Team explained how a group called the Anti-Social Behaviour Steering Group made decisions about which parts of the city needed PSPO’s – giving the police extra powers to take action. He said that he was going to argue at the next meeting on 4th June that Handsworth should be allowed to apply such orders, and if this was agreed there would be a public consultation on where they should be applied. Rookery Road used to have one but it has expired.

4. Parking: many frustrations were expressed about pavement parking causing obstructions and dangerous loss of visibility. Sgt. Stanley gave a reminder about the ‘Parksafe’ scheme – taking photos of 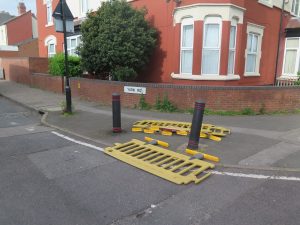 the vehicle front and back and ensuring you show the nature of the obstruction, then e-mailing to the local team (lozells@west-midlands.pnn.police.uk), who will then arrange to assess the feasibility of issuing a ticket. He said that parking wasn’t high up the agenda for local police patrols, but when it was pointed out that the PCSO’s in Handsworth Wood area had had real impacts by making the issuing of tickets a priority he said he would look at whether there were lessons to be learned from this.

Councillor Quinnen reminded the meeting of the small local budget for addressing these issues e.g. by installing bollards. She had looked at the feasibility of using them on the corner of Antrobus Road and Grove Lane but it would be high cost there due to the width of the pavement.

The meeting came together around the idea of pushing for Birmingham to follow London in establishing a local bye-law making it illegal to park on pavements, and Councillor Quinnen said she would follow this up.

5. Crick Lane: there has been a feeling of despair about how to address the increasingly large-scale dumping of waste on Crick Lane. A recent 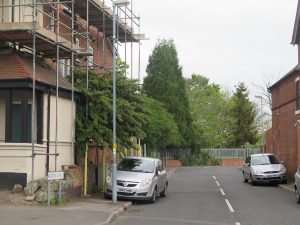 Neighbourhood Tasking Meeting (where agencies look at who is best placed to tackle local issues) resulted in the Council’s Fleet and Waste Management team paying to install CCTV at the Holly Road/Crick Lane junction. Unfortunately it was near some scaffolding and ladders which meant that someone who clearly wanted to dump was able to vandalise it. Nevertheless, local residents said that while it was there the dumping reduced. The issue will be discussed again at the next NTG on 9th May with the request from this meeting being to try the camera again but with more careful consideration of where it’s sited.

It seems that gating off the entrances to Crick Lane isn’t possible because it is a public highway.

There were clear signs at this meeting that the residents bordering Crick Lane are getting mobilised, and that there is a determination to do what it takes to start catching the dumpers and achieving prosecutions.

This discussion led on to a request to assess the impacts of continual dumping at the Antrobus Road/Rookery Road junction, with a view to CCTV there. 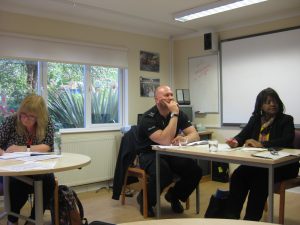 6. Frequency of Meetings: there was a strong body of opinion that there should be 6 Ward Meetings per year – that the nature of the area and its issues required this. Hendrina Quinnen said that she was fully stretched by her attendance at separate residents’ meetings (often monthly) as well as following up issues from these, from her surgeries and from ad hoc requests for help.

There was no clear resolution to the issue at this stage, other than a commitment to keep under consideration whether there were other ways to achieve the kind of momentum residents were looking for. The question was clearly not going to go away.

7. HMO’s and Increasing Participation: the question was posed as to how Councillor Quinnen was progressing in increasing resident participation as per the Council’s White Paper. She responded that her approach was to get close to residents groups and street groups so that she was aware of issues and working closely with people to resolve them; her aim was to build capacity so that problems 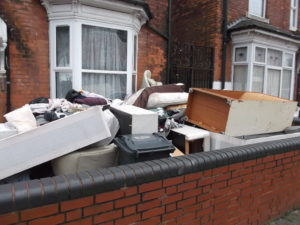 could be solved street by street. She said that most of her time was spent out there on the streets.

But residents then referred to the pilot being carried out in Holyhead ward where PCSO’s were working closely with residents and Council departments to identify and deal with HMO’s that were not being managed properly and, where necessary, to have them closed down. People want the same action in Handsworth ward, and if/when a city wide forum is formed to build momentum for measures like ‘Selective Licensing’ to be applied city-wide they want to have representatives on that forum. An agenda has thus been set for increased participation.

Councillor Quinnen said that she would invite all the agencies that have a role with HMO’s to the October meeting. In the meantime she is keen to be notified of HMO problems so she can continue trying to resolve them.

8. Antrobus Road Waste Management Project: Naomi Paul said that complications had arisen with the translation of the A5 leaflet, which is going to every house in the road advising on how to manage domestic waste, and this was causing a delay. Fleet and Waste Management are going to print the leaflets. The residents group centred on Headingley Road are interested, so this is an idea which may spread.