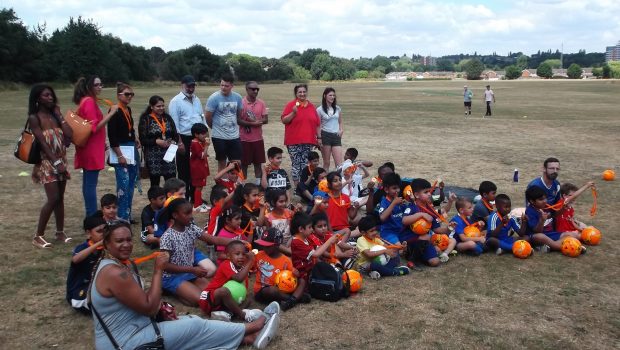 Gareth Southgate recently shared his vision of the England football team as being about ‘more than football.’ He talked about the difficulty people sometimes still had in feeling a national identity, and how the diversity of the national team said something important about what it meant to be English. Well, he should come down to Hamstead Playing Fields on a Saturday morning.

I went to Hamstead Pavilion by mistake, thinking there was a discussion about how to make Handsworth Wood a better place to live 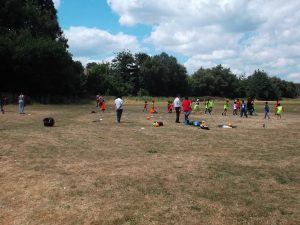 through useful projects (turns out this was happening at New Hestia House over the road); instead I found myself in the middle of one of the most useful projects I could imagine. Harjinder Jeet has been involved for years in the Hamstead Diamonds Community Football Club at Hamstead Hall Academy, but decided last year that there needed to be an increased visibility and openness to the local community. With the help of funding from the Local Innovation Fund he set up the ‘ Diamond Sparklers Project’ and, as a result of Hamstead Wood Community Development Trust’s takeover of Hamstead Pavilion, was able to base the new club there, taking advantage of the high visibility of the playing fields by the River Tame.

Based alongide the Project at the Pavilion is the thriving Adults Cycling Club, whose growing reputation is now bringing members from all over Birmingham.

The Sparklers have been running since February, and already have over 100 children on their books – at least 60 of these come from the B20 and B21 areas. The funding helps with sessional 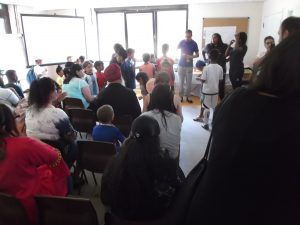 coaches, equipment, prizes, building costs, insurance, criminal record checks for volunteers – all the things such activity needs to take into account. But it is the number of people prepared to coach and organize for nothing that really makes the difference. I heard names bouncing around: Lalona, Kiron and Bal, Donna, Jatinder…but there are many more. Between them they create a setting for children which manages to mix a sometimes chaotic sociability with elements of structure, discipline and challenge, and tangible rewards for effort and achievement. Children and parents from all backgrounds mix and socialise and find common ground. This is the England of now, and of the future – it’s much more than football. 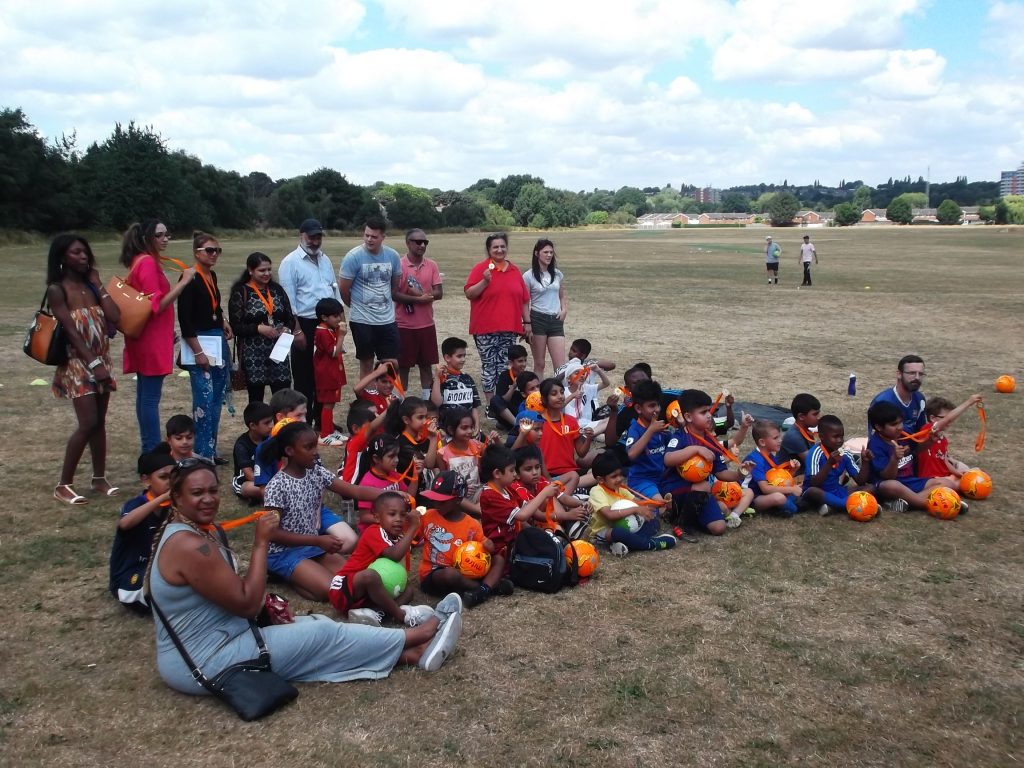 To find out how to join in click on ‘DiamondsSparklers’ (also for the Cycling Club), or ‘HamsteadDiamonds‘.