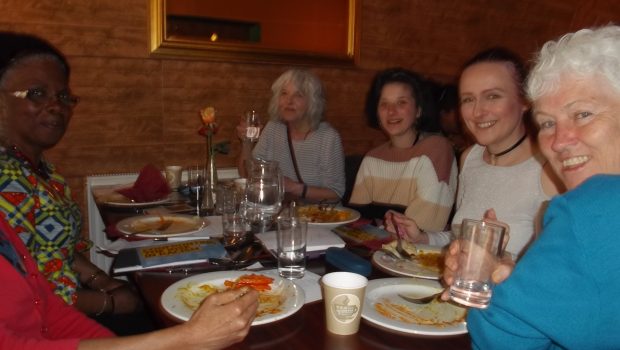 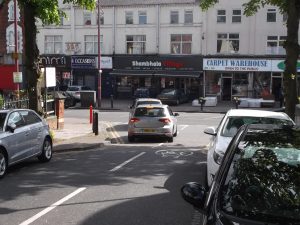 I go past the roundabout under Hockley flyover nearly every day – walking, driving, on the bus, jostling with others in normal life. But I’ve never bumped into Agnes Tanoh, who lives near the roundabout. She had a slightly shorter trip than me up to Shambhalah Village for the latest Breaking Bread and Boundaries* event on Saturday, and we ended up sitting next to each other at a table of 7 – a table which said much about Handsworth, its people and its role.

(*Breaking Bread and Boundaries is a series of discussions organised by Musurut Dar, now working with the Meena Centre, to explore how to overcome barriers arising from differing heritage, culture, religion, migration experiences and socio-economic circumstances).

Agnes was advisor on financial and social affairs to the government of Ivory Coast, and personal assistant to the First Lady. When regime change 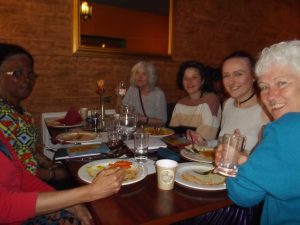 took place seven years ago she was imprisoned for a period and even her life was at risk. Her house was stripped of everything, but not the money she had hidden under the sink, and this gave her the means of escape to the UK where her son and daughter live. She didn’t know if she could bring herself to leave her elderly mother, but it was her mother who forced her to see the necessity of leaving using the words that Agnes shared with us. Agnes didn’t see her mother again, and she died 2 years ago. Click on ‘Guardianarticle‘ (third story down) for a little further detail, and also click on ‘HopeProjects‘ to find out about the group which helped Agnes, and through which she now helps others.

Also on this table were a writer and poet from Romania, a young woman recently returned from Germany via work at ‘the jungle’ in Calais, and now helping run the Meena Centre for refugee women/single fathers and children, and four members of an older Handsworth generation who long ago gravitated to an area which for them represented a future which they wanted to be a part of, and wanted their children to be part of – one which refuses to be bound by superficial distinctions of race, culture and country of origin. 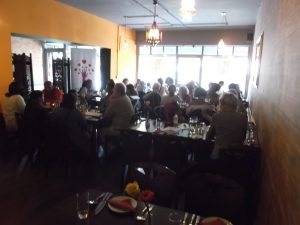 We heard about the savagery of the UK’s ‘hostile environment’ for those seeking refuge: years of administrative delays, court hearings, removal to detention without warning and without timescale, dawn removals to airports and last minute reprieves, inability to work or gain education or secure an income or even have a bank account – as if some torturer had worked out how to transfer the destabilizing and disorientating technique of ‘sensory deprivation’ to a wider setting.  All of this happened to Agnes and others in the room. All done in our name, and remaining hidden most of the time precisely because it is so much at odds with ‘normal life’; when aired it is done in a way to create division between everyone affected by hostility towards, and therefore also in, public services.

Relationships were established on Saturday which, as well as being enjoyed, will increase options and effectiveness, and the Meena Centre (click ‘MeenaCentre‘) emerged as a focal point for future practical help, a space to meet, a means of linking to specialist advice and advocacy. It will also be the venue for the next event in the Breaking Bread and Boundaries series on 20th June. There was loud applause for Shambhala Village – excellent vegeterian food which was really enjoyed. For the funders Near Neighbours (click ‘NearNeighbours‘) it has to be a case of ‘job done’. 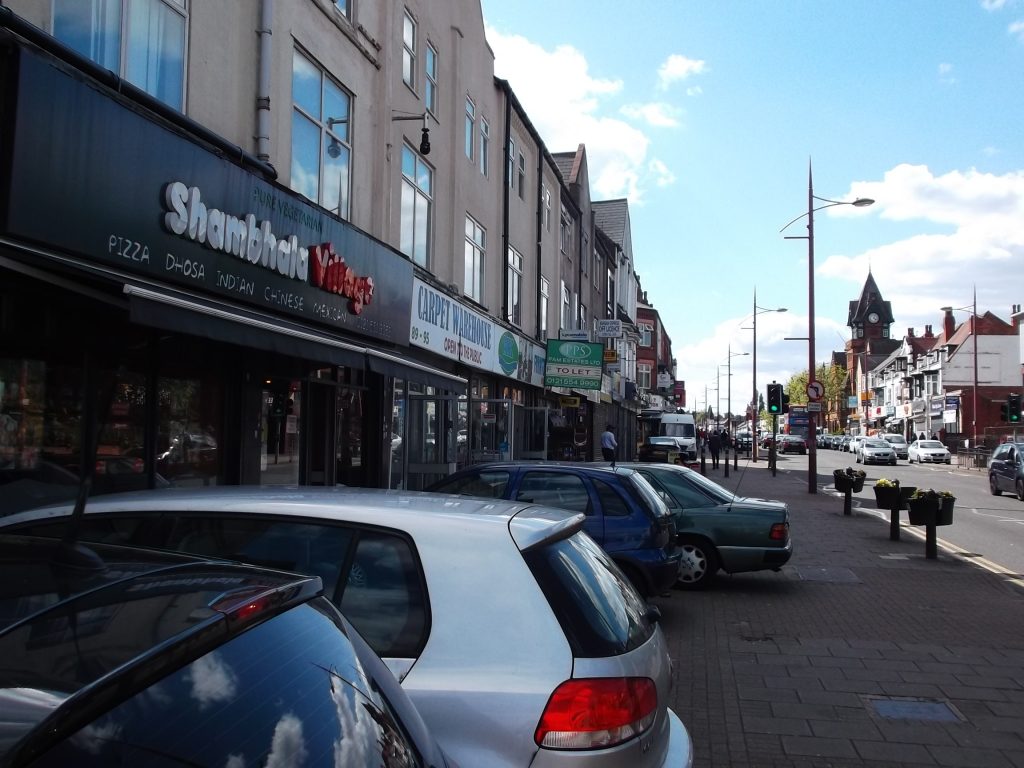 2 Responses to “I WOULD RATHER HAVE YOU FAR FROM ME IN THIS WORLD AND ALIVE, THAN NEAR ME AND DEAD”