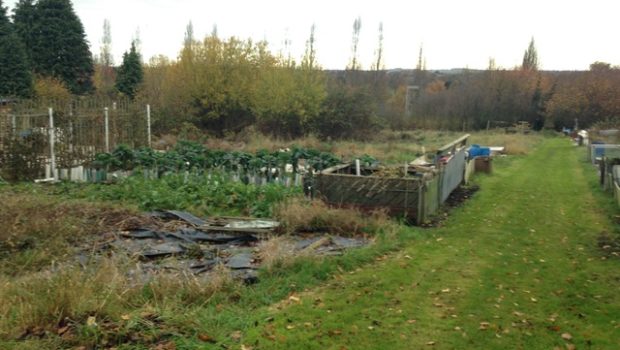 There was wide-spread opposition to COUNTRYSIDE PROPERTIES’s original Planning Application from local residents living next to the site, members of the community in the neighbourhood, allotment holders, community groups, residents’ associations, the Neighbourhood Forum, the local Church, City-wide environmental groups, specialist officers ‘within’ the Council, local Councillors and the MP too.

They have now submitted revised proposals; however, the revisions are very small and do not address the key points made by the various objections.

THE DEADLINE FOR SUBMITTING OBJECTIONS IS TUESDAY 3rd APRIL 2018. 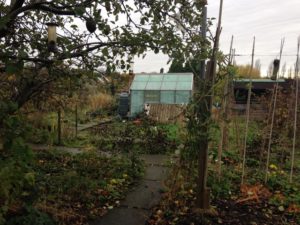 It is very important that everyone who objected originally also objects to the revised proposals too. This avoids the situation where the Developer could argue that everyone is now happy with the new proposals … which is not the case! It’s perfectly OK to simply resubmit your original objections, or you could write something new. (Please make it clear you are ‘objecting to the revised proposal’ in your e-mail to the Planning Department.)

1) The site is still too dense. The scheme has been reduced from 110 to 108. Allotment Holders and residents are not opposed to any houses being built on the site, it is the size of the development and loss of allotment land and woodland that is being objected to.

2) All the woodland in the north east corner (W1) is still proposed to be cut down. This is an important wildlife habitat and also provides a valuable amenity for local residents and existing allotment holders, as it screens the two railway lines that border the site and reduces the noise of the trains.

The Developer’s response to the Ecology issues raised during the Consultation appears to miss the point about this area being a value Wildlife Corridor and confuses it with the railway line. They also argue that they will now be retaining woodland in the southeast corner (adjacent to Wood Lane), however this area is covered by Tree Preservation Orders and so the trees could not have been cut down anyway! In addition, because of its proximity to a main road (Wood Lane) the TPOed trees will never become the same kind of wildlife habitat as the woodland in the north east corner. This group of trees is also too small and too far away to be considered a ‘stepping stone site’ between Sandwell Valley and Perry Hall Playing Fields.

3) None of the larger trees on the main site are being preserved and incorporated into the landscaping (except those with TPOs at the entrance) and the proposed new trees that will be planted will not compensate for the large number of mature trees that will be lost. The inclusion of some hedges within the revised scheme can not compensate for the loss of over 300 large mature trees! The Developer’s response to the Ecology issues raised during the Consultation dismisses the value of the trees and woodland on the site, however they have still not undertaken any tree survey of the main site.

5) There have been no changes to the plans for the new allotments. The amount of land allocated is far too small. 76% of the land that is actively being used as allotments will be lost. There is not enough alternative provision locally; the size of the new allotments is minuscule and too small to be effectively used as an allotment and smaller than the Council’s own smallest plots; residents and allotment holders also objected to the proposed road in the middle of the new allotments and this is still shown in the revised scheme.

6) There has been no change to the size or position of the Drainage Pond (attenuation basin). This will require a large amount of woodland to be cut down, it would have been possible for the Developer to scale this down by using larger storage tanks and it could have been relocated so that it became part of the Public Open Space.

Please will you support local residents and allotment holders and object to the revised proposals.

Please quote 2017/08883/PA and resubmit your original objections or send new correspondence to:

It would be helpful if you also copied your objection to Cllr Mahmood Hussain who has been leading on this issue on behalf of all the local ward councillors (Mahmood.Hussain@birmingham.gov.uk) and to Handsworth Allotments Information Group (handsworth.allotments@hotmail.com)