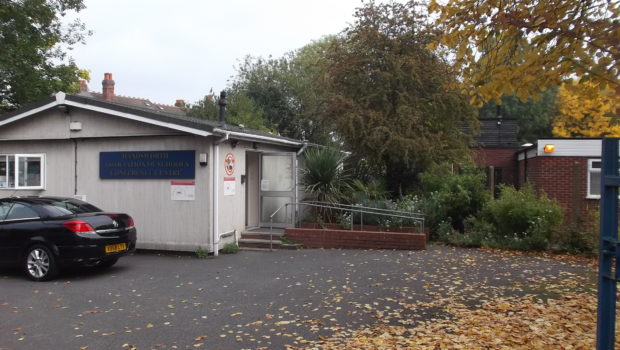 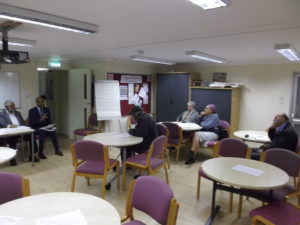 the Council and its communities – from now on communities would take the lead. Tuesday’s meeting of the Lozells and East Handsworth Ward Forum made it clear that we should still reserve judgement on whether that promise can be fulfilled.

The financial situation is more difficult than it was 4 years ago; the 25 Council officers who supported our local governance at that time have reduced to 2.5. The process around the Innovation Fund has shown that local communities and groups can find it hard to organize in order to define and address needs, and as we move closer to the dissolution of the old wards engagement in Ward meetings has dwindled. The fate of the Community Trust, which survived for barely a year despite being packed with much of the area’s best organising talent, showed the difficulty of achieving sustainability (and genuine representativeness) in local action. On Tuesday the local councillors were critical of the change process, saying that it was being rushed into place before fundamental questions had been addressed.

A Lozells Road shopkeeper commented yesterday: ‘you can’t go to the Council, nothing happens; you have to go to the people running the area’. Who is that going to be?

Discussion at the Forum focused on:

1.The move to new wards by May 2018 (click WardBoundaries): while the local councillors support the idea of greater control by local communities they say that there are too many unanswered questions about how it will work. It is proposed 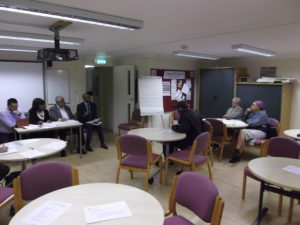 that a new post of ‘Action Co-ordinator’ will be created (the old ‘Neighbourhood Managers’ by another name), and that this person will work with 3 councillors. But with the ‘District Committees’ being abolished it is not clear how far the new wards and councillors will work together if at all, and how the local voice will pass to the centre. There is no detail about the kinds of bodies which will engage local people in decision making in each ward. There is also no clarity about how the new posts will be funded. Amidst all this uncertainty the 4 Assistant Leaders in the Council are insisting that the Plan must be finalised by December for implementation in May, leaving a feeling that in practice power may move more to the centre than to local areas.

2. Ward Plans: as in the Handsworth Wood meeting last week it was said that priorities for the Ward had to   be submitted more or less immediately, but there was agreement here that previous work done on these in 2016 and then in the Innovation Fund consultation had identified what the priorities were:

It is agreed that ongoing issues with HMO’s are incorporated in at least 4 of these, and that a final condensed list of 5 priorities can be arrived at without excluding anything. Following last week’s Handsworth Wood meeting, Neil de Costa (Lead Council Officer for Perry Barr District) is committed to a ‘bottom up’ process and said that he would be informing people about further meetings to discuss the final priority lists for both wards. 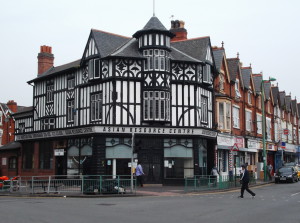 4. New Innovation Fund projects: the Asian Resource Centre have gained funding to carry out research into how planning and strategy can best be developed in the new Lozells Ward (from May next year the current Lozells and East Handsworth ward will divide into 3 wards with 1 councillor in each: Lozells, Birchfield and Handsworth wards – again click WardBoundaries to see the new wards).

5. Cleaner Streets Plans: one resident noted that the Council Leadership Committee had recently discussed the ‘Cleaner Streets Plans’ submitted by each ward. She queried why there had been no consultation on the plan, and whether Lozells and East Handsworth did have such a plan and whether it had been submitted. Neil de Costa gave confirmation on both points and promised to make the plan available (by what method is not clear at this point).

6. Independent Living: two Commissioning Managers attended the meeting in July and promised to research current provision, consult via e-mail, and send a knowledgeable representative to this meeting. None of this has happened. Lesley was requested to write to the Managers requesting feedback and to ensure attendance at the next meeting. The resident raising the issue wondered if there is any prospect of being listened to. 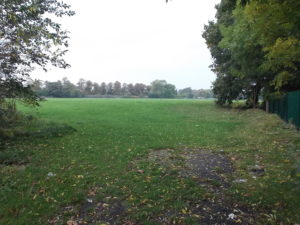 7. Victoria Jubilee Playing Fields: the question was raised of whether there has been any recent progress on getting Persimmon Homes to fulfil their commitment to creating playing fields on this site (outstanding since 2004!). Councillor Zaffar quoted from a recent exchange of e-mails which suggested that things were finally moving to a legal settlement, and said he would request the key officer Margaret Sullivan to attend the next meeting. At this and other points Waseem Zaffar and residents referred to the successful Commonwealth Games bid: a stimulus to the creation and use of open space, a legacy of infrastructure and local involvement in sport, and a revival of the former BCU site at Perry Barr (the proposed competitors’ village).

8. Hostel in Livingston Road: Birchfield Big Local informed the meeting about problems with a recently established HMO/Hostel in Livingston Road which was producing a lot of anti-social behaviour, drug dealing and  prostitution, all of which was putting a great strain on residents. Councillor Zaffar said he would request representation/ report back at the next meeting from a pilot taking place in Stockland Green of how to give local residents a measure of control over what was happening with the private-rented sector locally. Neil de Costa will also report back on whether an ‘Article 4 Direction’ can provide a means of refusing new HMO applications.

9. Road condition near Hunters Road/Villa Road corner: Councillor Zaffar has received a petition from 60 local people requesting work is done to address the very poor condition of the road in this area. Lesley Bannister is contacting the relevant people to get this moving.

Next meeting: 12th December at the offices of Birchfield Big Local, 16 Grosvenor Road, B20 3NP

Can you afford not to be there?

3 Responses to LOCAL DEMOCRACY IN THE BALANCE