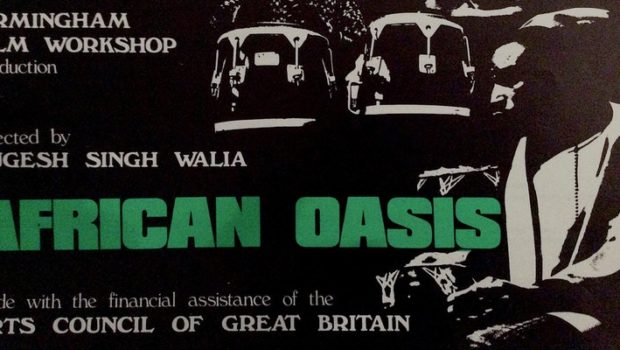 Handsworth kicked off Black History Month with a rare showing of African Oasis, a film directed in 1982 by one of the first young Asian film makers of the time Yugesh Walia, and produced by Roger Shannon. This took place on Sunday 1st October 2017 at Soho House, and was followed by a Q & A with the director and the producer.

This documentary explores the former Handsworth Cultural Centre, which was run by director Bob Ramdhanie. He managed to obtain funds from the Probation Service to run it and its activities in order to give ‘positive energy to young black people’. In this way he managed to carve out some public money and channel it into the Centre’s activities.

African Oasis was funded by the Arts Council in 1982, and produced by Birmingham Film Workshop. Director Yugesh Walia covers all aspects of the cultural and social provision offered by the Handsworth Cultural Centre, including dance, music, film and the African Village, which were all part of the Centre’s unique approach to ‘re culturalisation’ and the development of new cultural identities in the face of negative strereotyping. Both the dance company Kokuma and reggae band Oneness are filmed in concert, and in the studio spaces at the Centre. Bob Ramdhanie and Derrick Anderson discuss eloquently the background and the need for such a Centre in Handsworth.