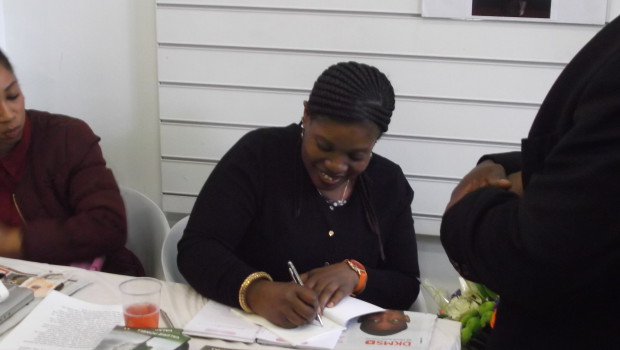 ‘We don’t write things down enough’ said Val Powell’s friend Paulette Hamilton, ‘we need to tell our story as the first generation 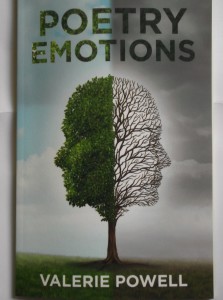 who grew up in this country’ – that’s why she was so excited when Val told her she had written a book,  a book of poems. On 13th May at Handsworth Library a group of family and friends gathered for the launch of a book in which Val, a Special Educational Needs Mentor at Barford Primary School, has gathered the verses she has instinctively produced at times of joy and sorrow in her life. This isn’t history in the sense of big public events or political developments. It is the experience of a black woman who has lived and taught in Handsworth and its surrounds all her life, been through good and bad relationships, accompanied others through the same, grappled with prejudice and discrimination, but above all welded with others strong family and social bonds as a means of surmounting difficulties. And the business of these poems is the finding of emotional resources to solve problems and to thrive – in a very straightforward and down to earth way:

Extract from ‘Un-justice’:
‘Your injustice towards me
Won’t bring me down
Whatever you do I’m always around
So take down your prejudice
And open your eyes
Black people united together we rise.’

Extract from ‘Father’
‘I’m looking for something I just cannot find
I search in my heart I search in my mind
The question I ask is always the same
Was I just someone who carried your name?’

There was a shared sense of mission in this group of people: they had had to overcome difficulties in growing up, they still 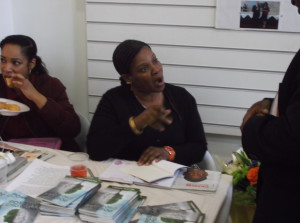 saw significant threats to ‘our young black men’ in this society, and specific threats to the sense of identity and agency of young black women. There was a sense of continuing to need to pull together, underpinned by a strong religious faith, in order to establish themselves. I spoke to Frank, who was the one who encouraged Val to collect her poems into a book, and who reminisced about how the day after he arrived in this country in the 60’s his aunt took him to watch the cricket in Handsworth Park, and how it felt like a home from home (he later became a big contributor to the running of Handsworth Cricket Club). I was greeted by a charming and clearly successful young woman who has grown up here, and who herself has a book’s worth of material about the particular challenges of growing up in this society. As a supply teacher in Brixton in the early 1970’s I saw first hand the arrival of black children into an alien educational system which had the power to define them as a problem. Things have moved on in many ways, but the story of that coming together of histories is still far from over.

You can buy a copy of Val’s book for £8.95 via Amazon, Author House UK or any bookshop, or you can contact her direct at valpowell52@gmail.com for a pesonally signed copy at £8.00. The two poems below can be enlarged by clicking on them: