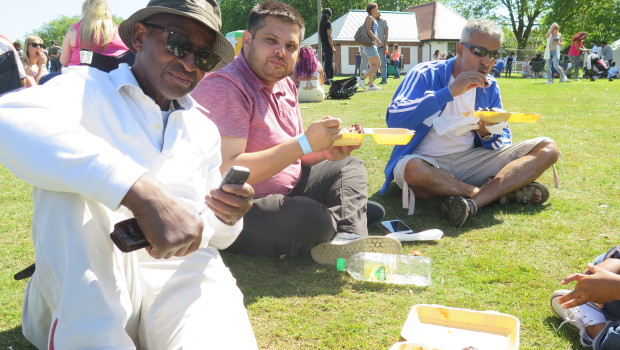 Being a pillar of the community is a hard feat for anyone; organising events, extensive charity work and socialising are just some of the responsibilities. But for Hector Pinkney MBE, better known as ‘Mr. Handsworth’, this isn’t a job, it is a way of life. As the former security person at the Library, he was immersed in the community, and over time he got to know everyone in Handsworth on a personal level, having touched their lives at some point.

The community leader was recognised in 2011 with an MBE for his services in Handsworth which include running a weekly running club and establishing a Karate club. When asked how he felt about receiving such a prestigious award he said;

“The MBE is not mine, it’s the community’s because they gave it to me.”

Although he has retired from Handsworth Library, it is one of the most important parts of the community to him; it the focal point of the area, where children come to socialise and learn. He was there on 20th December hosting the Christmas party for the children. He was on a DJ set festooned with a festive hat and he seemed in his natural element; he chatted with the children, and kept them entertained with his rhymes and dances.

“I’ve been planning this party for the children because it’s nice to have people come together, we want to have what other areas have.” Mr. Pinkney said,

“ The Oakland Centre used to be a place where the community would get together, however, after a shooting in 1999 people naturally grew more and more reluctant to venture out into the community the way they used to.”

“It’s sad, crime is everywhere (not just here), and we shouldn’t let that define this area” he added.

“The rumours of crime in Handsworth are a deterrent to people on the outskirts of the area – with everyone fearing the rumours, no one wants to venture here to experience the exciting mixing of cultures.” This is why Hector’s current focus is on creating a place for the youth of the area to spend their free time, with activities that will keep them engaged and out of trouble.

“We need a place for the kids, if all they’re seeing is guns and violence, that’s all they’ll be inspired to do. The kids have nowhere to go and nothing to do, so they hang out with the wrong crowd, get involved with drugs and the cycle starts again”

Mr. Pinkney believes that the current issue is still the stigma that surrounds Handsworth, and hopes that the community will come together and celebrate each other’s cultures and traditions even more than they do now, helping the stigma to disappear.