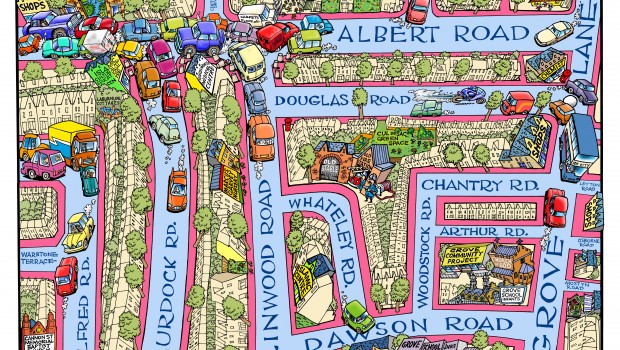 Background:
Sustainability and Transformation Plans (STPs) are being imposed by NHS England. Across England our NHS is to be carved up into 44 STP Footprints with local authorities being given a key role in funding and organisation of services within their Footprint.  This is the end of our ‘National’ health service. Everyone in the know says that this latest act of dismantling is a cover for cuts to health budgets and will in effect finally dismantle our ‘National’ Health Service which provided equal access to a universal service regardless of where you lived or one’s ability to pay.  We know that  locally the number of NHS hospital beds available is to be slashed under the untested argument that more of us will be cared for in the community.

We residents in West Birmingham should be very worried about this.  We are being overlooked whilst the Council  & its CEO concentrates on the Birmingham Solihull Plan (BSOL); Mark Rogers speaking on BBC R4 Money Box programme last week  spoke only about the BSOL plan; no mention or acknowledgement that we in the West are excluded from this Plan.

Currently we are being treated  as second class citizens and not being afforded the same priority as those who live elsewhere in the city.  It is no hyperbole to say that if these STPs get passed and implemented, we in West Birmingham may not have access to Birmingham health services and facilities.  In effect we will have different health service provision and access from the majority of Birmingham citizens.

We already know that the new Midland Met hospital in Smethwick, which is covered by the Black Country STP  has holes in its budget and is delayed. It is a PFI  hospital and once open,  huge sums are required to service the contract for the next thirty years, leaving less to spend on health elsewhere in the Black Country STP Footprint.

Which services and facilities we will be able to access and where they will be located  will be dependent on decisions made primarily by Black Country Boroughs, and who can blame them for prioritising their own constituencies when they are already crippled by cuts to their funding from government. The idea of local authorities co operating across traditional local authority boundaries was tested during the Pathfinder Housing Scheme and that involved just Birmingham & Sandwell.  It was not a success. The Black Country STP involves all the Black Country local authorities; all of them fighting their own corners.

It is just three years since the Sandwell Birmingham Clinical Commissioning Group (CCGs) was created as the primary group that plans and commissions health services locally.  The government idea was that these CCGs run by doctors would be the best way of organising and delivering health services.  They are now relegated to being a partner organisation alongside Hospital Foundation Trusts NHS England bodies and Local authorities.

The reply I got from local Cllr Waseem Zaffar writing  in his capacity as Cabinet member for Openness & Transparency was not reassuring,  admitting that Birmingham didn’t ‘hold any key positions’ as it does with the Birmingham Solihull Plan. It seems their input is so lowly that they did not even have any influence over publication dates of the Plan – this does not bode well for us in West Birmingham.

The Black Country STP has now been published and is available online.

You can keep in touch by emailing Birmingham Keep Our NHS Public (KONP) at  btuchcc@hotmail.com and asking to be added to the mailout list.

You can find out more about the dismantling of our ‘National’ Health Service and a range of campaign groups fighting the changes here: http://www.healthcampaignstogether.com/

You can help to raise the profile of our concerns about  what is happening to health service provision for citizens  in West Birmingham.  Write to local Councillors and ask them ‘What is going on, How will West Birmingham residents be given a say in what is happening’  and perhaps most important of all ‘Why have we been excluded from the Birmingham Plan and shoved into a Black Country Plan that our local politicians admit to having little influence over’ ?

Please share this information around your local contacts. We need West Birmingham residents and groups alerted to what is happening.

(The above article is a personal view of Susan Green, Handsworth resident.)

The GRA perceptive map was the brainchild of local artist and community activist Sue Green. Content was workshopped with local residents and the final map was drawn up by commissioned artist Hunt Emerson.