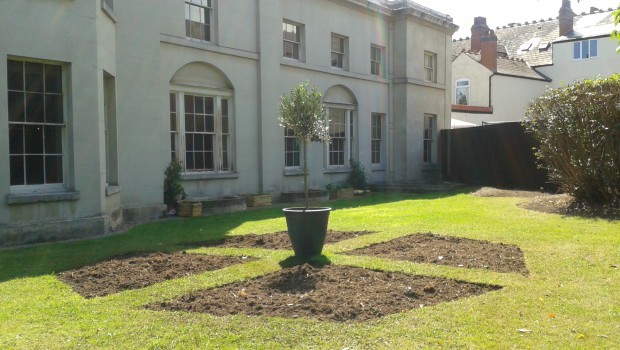 Before the launch event scheduled to take place in early autumn of a Peace Garden seeking to unite various faith communities in Handsworth, the garden has already proven successful during the ‘Planting Peace’ phase of the initiative. 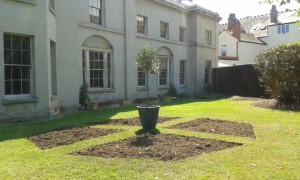 The organisers shared that at the first open meeting, a gentleman working as a gardener at the local Gurdwara on Soho Road had stated that he would be able to bring some plants from the garden at the Sikh temple to plant at Soho House. The organisers said that the gardening community only had the right to plant items from a specific list of heritage herbs and vegetables that former owner and entrepreneur Matthew Boulton would have had in his garden. Currently in pots waiting to be planted are herbs such as rosemary and sage, fruit like raspberries, a chilli plant and autumn carrots!

Launching this project during the summer holidays meant that people of all ages could get involved, and the youngest digger was a one year old little girl! Other children shared that they had particularly enjoyed painting the fence and would be happy to draw up some design ideas for the central mosaic.

Bits of ‘treasure’ were eagerly discovered by Muslim, Christian and agnostic members of the local community, such as slate which was cleverly used by Matthew Boulton to cover up Soho House and painted white as an alternative to costly stone. There were also coloured pottery fragments and various-sized stones thrown into a communal yellow bucket, to be crushed and cut into special pieces to create the mosaic which will sit under the potted olive tree in the middle of a beautiful compass-shaped garden area.

One of the best aspects about initiatives of this kind is the opportunity for easy networking with fellow Handsworth residents and discovering other less publicised projects such as another community garden launched on Crick Lane  which helps to avoid the green space being used as a tipping site. There are currently funded workshops taking place on Wednesdays 12-3pm such as ‘How to create your own compost.’ Click on the link below for more details.

The launch event to officially open the Peace Garden to the local community is provisionally scheduled for an autumn weekend (details to follow once finalised), and promises to be a chance to taste some of the herbs from the garden and meet fellow locals from our community including dignitaries from our churches, mosques and temples.