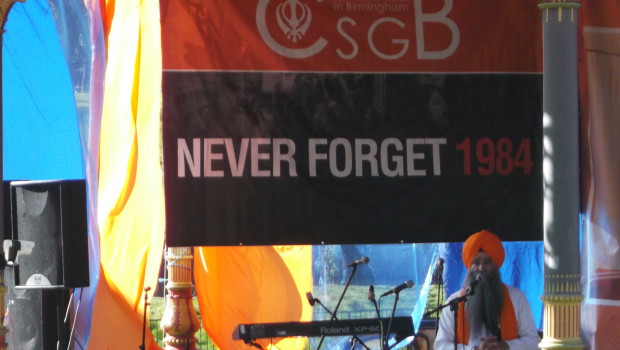 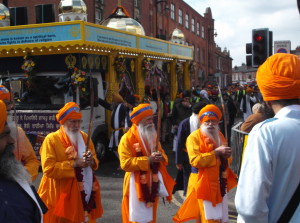 As the amplified praises of the  Calvary Apostolic Assembly 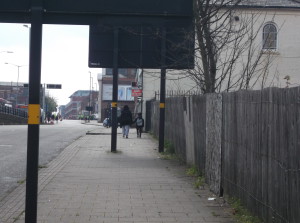 echoed over Hockley Hill, the 2015 Vaisakhi procession began to emerge from the opposite side of the road, brimming with sense of occasion, and that unique excitement which hovers on the border between spiritual and material reality. They moved down onto the flyover, while a small boy and his mother were walking up the hill the opposite way. The  boy asked what it was all about and his mother said ‘They’re celebrating something’, before hurrying him on. Small indications of our shared but separate worlds.

Once again, Sikhs had converged from around the Midlands and the wider UK to re-live the harvest celebrations of their farming forebears, and to spend time reflecting and taking stock of their spiritual and practical progress. For a non-Sikh there was the usual sense of openness and 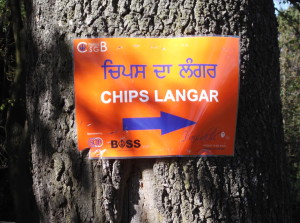 welcome, from the looks (and the sweets) shared in the street, to the free food and hospitality in the park. Other things were less easy for an outsider to share: the addresses to the crowd from the bandstand, where my poor language skills allowed only glimpses of meaning; the ongoing sense of injustice, of outrage, at the lack of recognition of what happened at the Golden Temple and its aftermath in 1984, and which is perceived to be continuing in the form of illegal detentions in the present day.  Challenges were made from the stage for the Sikh community to be less pre-occupied with social niceties, material success, and ‘adding more bricks to the Gurdwara’, and to concentrate instead on the rediscovering of the Founder’s ideals and of the activism derived from 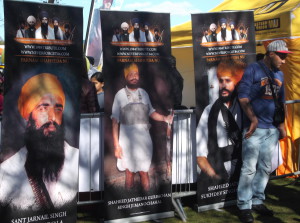 these. Amongst this could be found a concern that the idealism of the young may lead to estrangement from the Sikh establishment, and a seeking for more radical solutions. How should Sikhism reconcile its values of openness, inclusivity and peaceful co-existence, with its need to honour and gain recognition for those who have been killed or subjected to injustice? Will it be able to do this in a way which convinces its young people of its authenticity? Dilemmas like these are shared by all communities and families, whether faith ones or not, so should we be finding shared ways of addressing them?

Want to make a comment/start a debate? Please scroll down and use the box below.

Text and pictures by John O’Meara (film to follow)