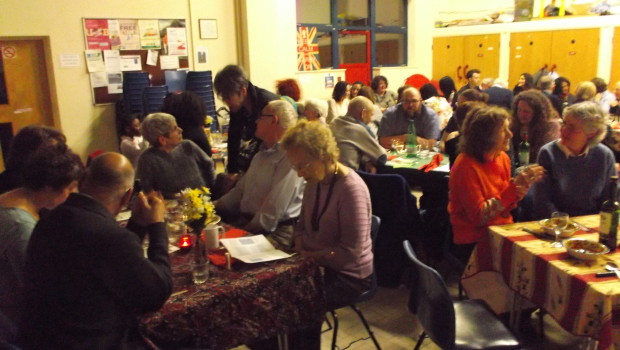 There wasn’t a spare seat at St. Andrews Church Hall (College Road) last Friday night, when a group of women took the latest step in their fight to ensure a future  in this country for themselves and their children. Sharon, Aysha, Rugi and Glory put on an evening of African and 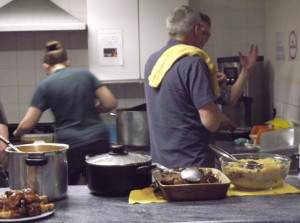 Caribbean food to raise money for a day out for their children, and those of other women in the same situation. They had great support in this from many friends. They described how, after living for several years in the UK and achieving high level qualifications, relationship breakdowns led to questions over their legal status. Dave Stamp from ASIRT (Asylum Support and Immigration Resource Team), an agency which represents them, talked about how a narrow and at times inaccurate application of the law can lead to mothers being faced with a choice between leaving the UK with their children, or departing alone and leaving their children behind. The lack of legal aid, no longer available since a change in the rules 2 years ago, means that many  do leave without realising that the law may ultimately be on their side.

While fighting their case the women are denied access to public funds or housing, and their only income is the small and unpredictable amounts 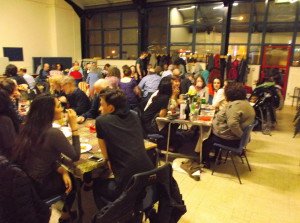 provided by Social Services under the Children Act. They are innovative and determined, they have organised in order to force improvements in their hostel accommodation, and to provide mutual support. Fifty people came to show solidarity with their cause, and a total of £760 was raised. As important as the money, said Sharon, was the warm support and enthusiasm of so many local people – this was what gave them the greatest hope for the future.

ASIRT (97 Walford Road, Sparkbrook tel. 0121 227 6540) is one element of an under-resourced network of agencies/individuals in Birmingham trying to provide advice and representation for people experiencing problems in the application of immigration law. The network has shrunk over the last 2 years as a result of the changes in legal aid, and the cuts in public services funding which have led to a reduction in contracts for service provision. At this point we have only been able to find one agency apart  from ASIRT which provides free in-depth casework on immigration issues:  Lifeline Options, 505b Big Peg, Hockley  tel. 0121 359 5435. The services only survive because, as in Dave’s case, workers put in large amounts of unpaid overtime to try to make up for the shortfall in resources. All the women said that without Dave’s help they wouldn’t have had a chance. Funds are needed to both maintain the services and to extend them to others. If you would like to make a donation to ASIRT please click on the link below. Alternatively you can contact David Forbes at Lifeline Options by phone or e-mail (lifelineoptions@yahoo.co.uk).

In the meantime some of the women (amongst the 20 plus across Birmingham who are currently known to be in a similar situation) meet regularly at a cafe in Bearwood High Street. If you, or someone you know, would like to join them, please contact Mogs on 0121 523 4118.

Want to make a comment/start a debate? Scroll down to ‘Leave a Reply’ below.