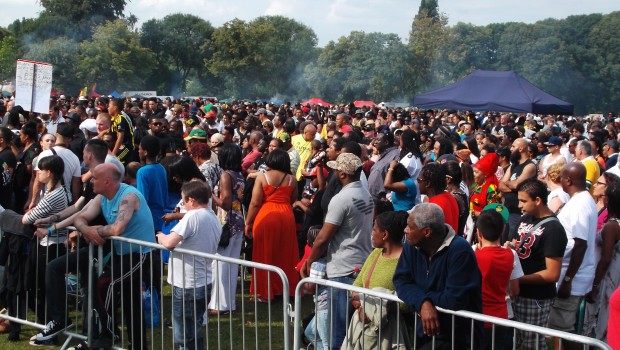 Simmer Down 2014 was a dialogue: of stage to crowd, of  mental health workers to public, of musicians with their sometimes troubled past, of musical highlights with technical delays and curfews, and of Handsworth with itself and with 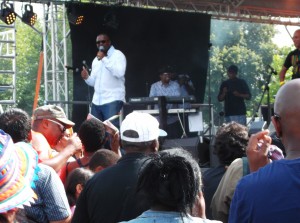 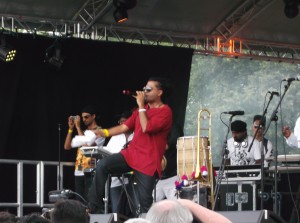 the world. Two surviving members of Musical Youth combined with others to provide an upbeat start to the headline acts on the main stage and create a rapport with the 20,000 crowd which carried the event through to the end. Apache Indian had extended an invitation to gang members to come together peacefully at this year’s Simmer Down, and continued to clamber over cultural and musical divides in a rumbustious set. All was building to the satisfying climax of Steel Pulse ‘coming home’, 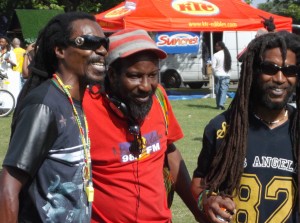 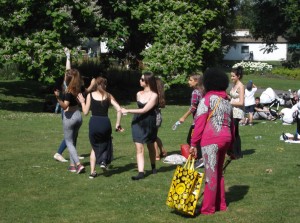 the technical problems which had already caused some delays really kicked in at this point, meaning that the crowd and the comperes on stage had to work very hard to maintain the ‘feelgood factor’. Visitors from as far away as Venezuela and Zimbabwe were  identified in the crowd and gave greetings and appreciation. The man next to me had come from Ghana via Germany, and as time went on began to wonder out loud whether the Handsworth Revolution was a ‘wild goose chase’. He also, perhaps unwisely, stated several times that Germany had the best reggae festivals in the world. A lady from Manchester said that Simmer Down was ‘fifty times better’ (the compere got her to repeat it twice) than the festival in Manchester. Eventually Steel Pulse made it onto the stage (at the point my camera lost its last flicker of charge) and gave us 50 minutes of  real quality, which dug into their dialogues with their place of origin, the Bible, cultural identities and values and different musical traditions.

The Drum, the driving force behind the event, reinforced their credentials as the major promoter of the arts, and particularly music, in North Birmingham. For the first time, though, ‘Time to Change’, the national programme aimed at 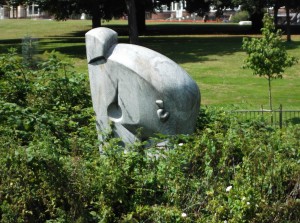 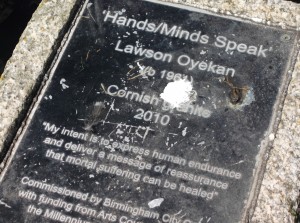 public perceptions and behaviour in relation to people with mental health problems, came forward as a major player – both in promoting the day, and in using it as a platform for change. The very presence of Musical Youth, whose young members struggled with the mental and emotional impacts of fame, and with a critical lack of support at the time they needed it, was testimony both to the vulnerabilities most of us share, and to the possibility of survival and new growth. On this occasion that silent witness in the lake (Oyekan 2010) spoke truth: through struggles of hand and brain the  people of Handsworth will prevail, even over more than an hour of technical hitches and an 8 o’clock curfew. Click on the images below for sights and sounds of Simmer Down 2014.

Sound on Film 1     The One Love Band, Musical Youth and Apache Indian