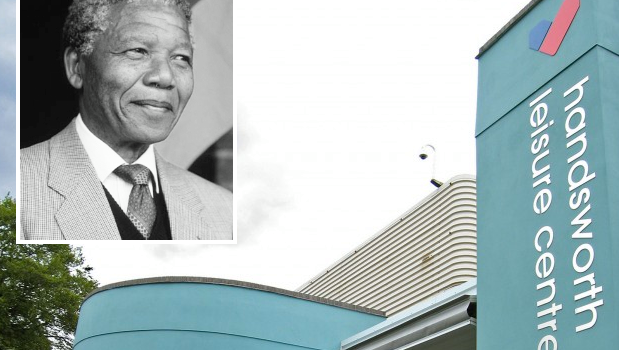 Nelson Mandela visited the centre on Holly Road during his official visit to Birmingham in 1993.

Council deputy leader Ian Ward, said: “As a mark of respect and tribute to a much-loved world leader we will rename Handsworth Leisure Centre ‘The Nelson Mandela Health and Wellbeing Centre.

Our plan, which is yet to be worked up in detail, is to hold a formal renaming and celebration event at the Holly Road centre on 11 February 2014, which will commemorate the date in 1990 when Nelson Mandela was released from prison after 27 years.”